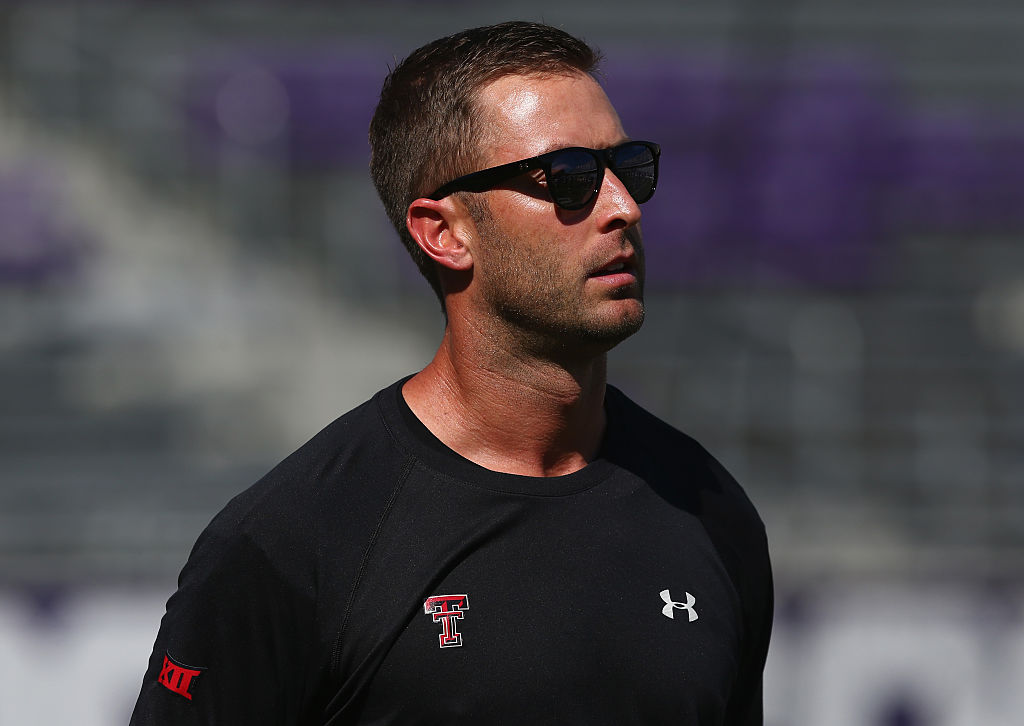 I once had to pay a leftover $85 fine to Ball State to get my transcript. I was not pleased. But Texas Tech coach and former Red Raider quarterback Kliff Kingsbury took it to a whole different level.

From Don Williams of the Lubbock Avalanche-Journal:

Asked Kliff Kingsbury the most interesting about him that's never been publicized. He volunteered this: pic.twitter.com/5XRc0GyWZy

After toiling in NFL Europe and the Canadian Football League for a couple years, Kingsbury was looking at attending graduate school to pursue an MBA. During this time, Houston coach Dana Holgerson offered him a position on the team’s staff. When it came time to make a choice, the 37-year-old was swayed by an interesting dilemma.

“I called Texas Tech about having to get my diploma or transcript,” he told Don Williams of the Lubbock Avalanche-Journal. “I had like, $1,500 worth of parking tickets. I couldn’t get it out. I was really looking into getting my MBA, looking at different grad schools, but I was like, ‘Well, I’m not paying that.’ So yeah, that deterred the MBA, and it kind of worked out from there.”

The parking tickets proved to be a major blessing for Kingsbury, who became offensive coordinator of the Cougars after Holgerson left for Oklahoma State. Head coach Kevin Sumlin entrusted him with the play-calling and he won the 2011 Offensive Coordinator of the Year.

He obviously followed Sumlin to Texas A&M, and then took over at his alma mater in 2013. Of course, the other spin on this is that Texas Tech knowingly entrusted their program to a head coach who’d accumulated around $1,500 in parking tickets in college, but then maybe that’s just how it goes for college quarterbacks.