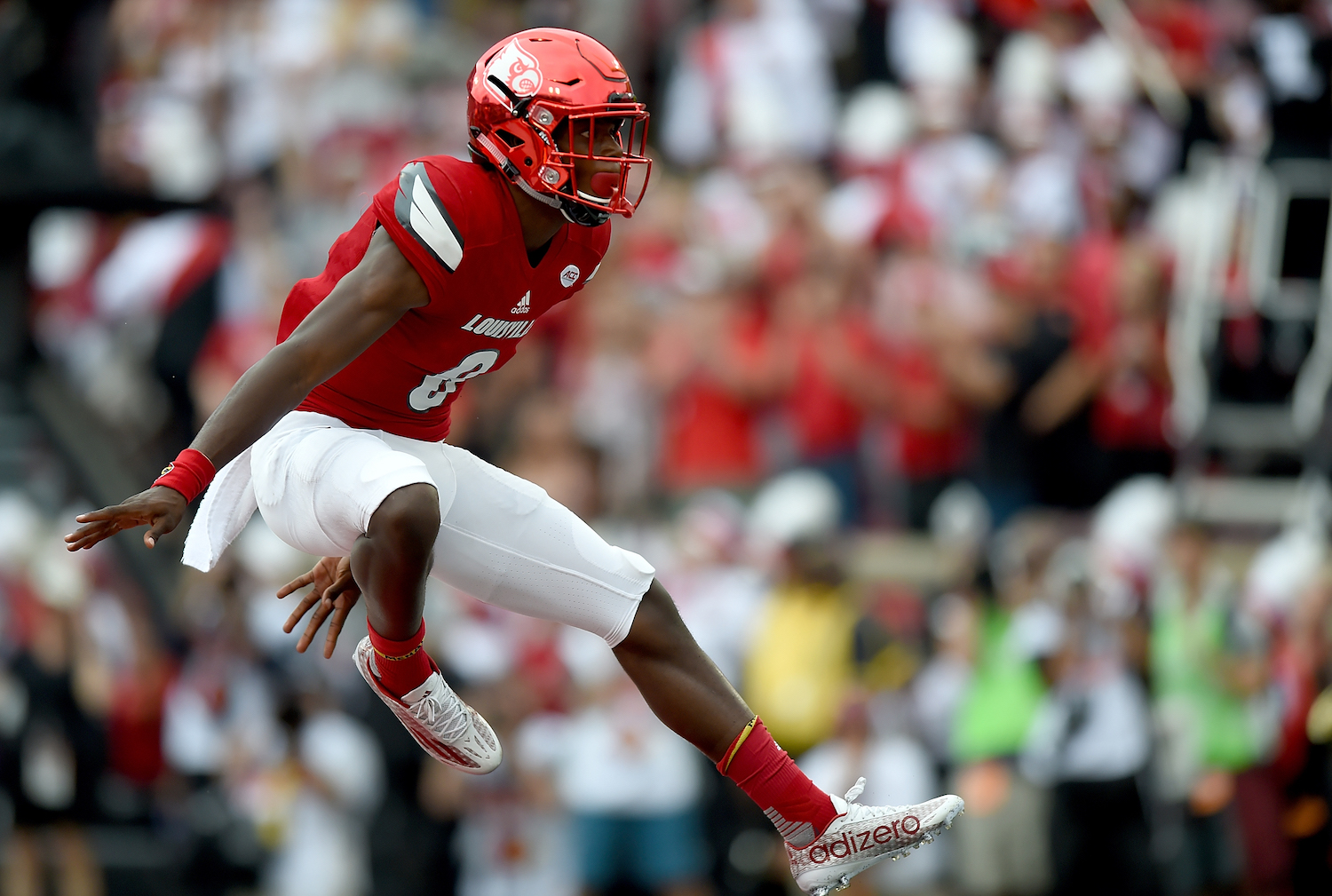 Monday night, the 2016 Heisman Trophy finalists were unveiled and five college football players were invited to the ceremony that will crown one of them as a Heisman Trophy winner on Saturday.

But then again, we all already know who is going to win it, right?

The criteria for what deems someone Heisman-worthy shifts each year much like the criteria for the College Football Playoff. Ultimately, it’s whatever criteria make sense to justify awarding it to the right guy. If we’re talking about a running back with world-beating stats who plays for a mediocre team, it’s all about the stats. If we’re talking about a quarterback with great-but-not-epic stats who led his team to an undefeated season, then we’ll make it about being an MVP. Whatever works, so long as the person we all know should win actually wins.

This year, there’s really no doubt that Louisville sophomore quarterback Lamar Jackson is that guy, despite what a lot of people are going to try to tell you between now and Saturday.

Let’s start with the stats. Jackson’s numbers are gaudy. 51 total touchdowns (30 by air and 21 by ground) to go with 3,390 passing yards and 1,538 rushing yards. He accounted for eight touchdowns in the Cardinals’ first game of the season and five touchdowns in their 63-20 dismantling of Florida State.

Stats-aside, Jackson has the look of a Heisman Trophy winner. Huge stats, memorable moments, and a star-making turn in a point-scoring machine offense. He’s also got some pretty great highlights that the Heisman folks will love being able to show for years to come.

The knock that people are going to use against Jackson is that he and Louisville fell apart at the end of the season. The Cards lost their last two games, neither of which were against world-beating talent. They got dropped 36-10 by Houston and then lost to Kentucky 41-38 in a shocker to close out the year. The last time anyone watched Jackson play also happened to be his worst game of the year, a three-interception performance.

Still, he did accumulate 452 total yards and four touchdowns in that “terrible” game as well. Jackson’s greatest crime is that he was dominating that he made really good games look like bad ones.

Because college football, like so many sports, carries a what-have-you-done-for-me-lately stigma, the late-season Louisville flutters has some people trying to look elsewhere for a better Heisman candidate.

There are some worthy ones. Clemson’s DeShaun Watson finished with 3,914 yards passing and 37 touchdowns. Not only are both of those numbers better than last year but he also got the edge of Jackson in a head-to-head showdown (team-wise, at least). Watson finished third in Heisman voting last year and his numbers are better, so he’s certainly made his case.

There’s also Oklahoma’s Baker Mayfield, who finished with 3,669 yards and 38 touchdowns while also owning the nation’s best completion percentage (71.2). His story is the mirror to Jackson’s as the Sooners started sluggish but came on strong in the end to win a Big 12 title.

Mayfield’s biggest problem is that his best receiver, Dede Westbrook, was also invited. That means the two are sure to siphon votes from one another and likely split their own core base. So really, that only leaves Watson as the threat to the trophy.

Admittedly, Watson is a worthy player but when you look at the 2016 college football season as a whole, think about amazing performances, and try to determine the one guy who should represent it from now until the end of time, it’s still Lamar Jackson, isn’t it? His are the highlights we’ll come back to. His are the stats we’ll remember in a “can you believe that” kind of way. He’s the first guy we’ll think of when we think of the 2016 season.

A big part of why is because he’ll be the guy hoisting high the Heisman this weekend. No matter what anyone tells you.