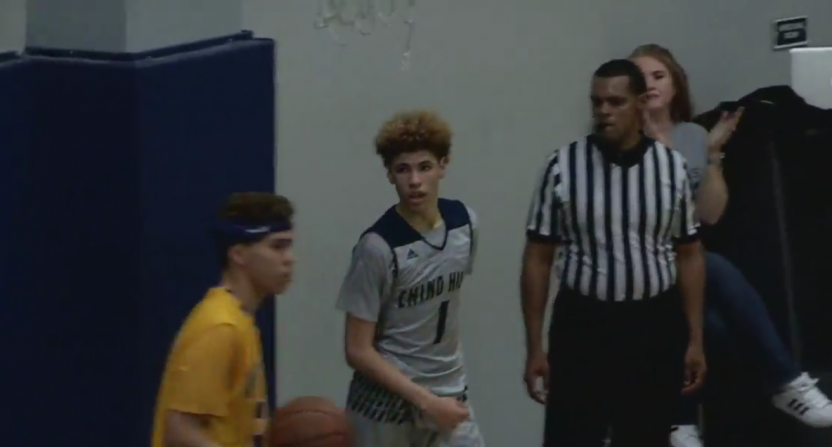 When you’ve got talent, you’ve got talent, and LaMelo Ball has it in spades. The younger brother of UCLA standout Lonzo Ball, LaMelo had himself quite a night. He scored 92 points in a 146-123 win, as his Chino Hills team defeated Los Osos High School.

The younger Ball is committed to UCLA, having made that commitment at the tender age of 13. You might remember him from when he pulled up from halfcourt like it was nothing.

The kid can play, taking his peers to school on a regular basis. He scored a stunning 63 of his points in the second half. 41 of which were scored in the fourth quarter.

Here are the highlights:

It must be said, of course, that the level of basketball on display there is shockingly bad. Zero defense. It’s like these kids have only ever seen the NBA All-Star Game, set out to emulate it, and then thought: “Yes, but let’s try even less on one end of the floor.”

Ball basically cherry-picked his way to 92, and the box score shows it:

Impressive numbers, of course, though watch some of that video again. It’s impossible to understate how little defense is being played.

Some Los Angeles athletes are taking note of Ball’s prowess, not surprising as Los Angeles is famous for valuing style over substance:

@JaredGoff16 bro we going to see him next week.

Regardless of shoddy competition, Ball’s talent and pedigree combine to ensure a constant hype train these next few years as he matriculates to UCLA. Hopefully his development continues too, because cherry-picking is frowned upon at the next level.