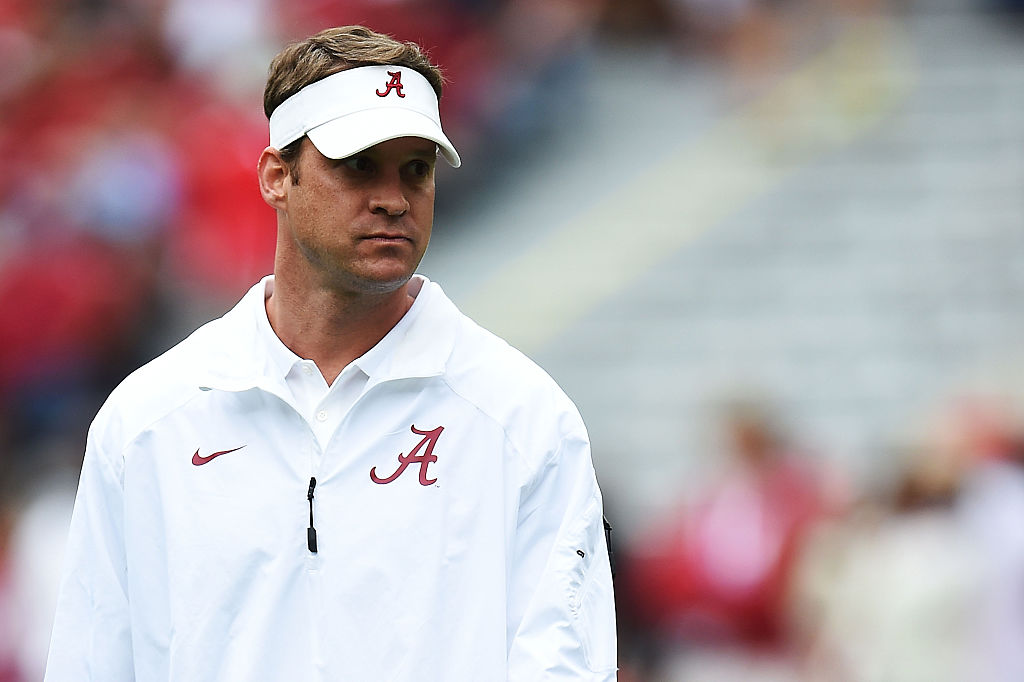 Lane Kiffin just can’t seem to get a ride, man.

The Alabama offensive coordinator was once again ditched by his own team’s transportation following Thursday’s Chick-fil-A Peach Bowl media session. Kiffin stuck around the Georgia Dome for some extra interviews, and when he walked out from the locker room to where the buses were supposed to be waiting, he was greeted by what is now becoming a familiar sight — an empty parking lot.

Instead of waiting for their coach to wrap up his interviews, the team headed back to their downtown Atlanta hotel without him on board.  Though this par for the course with Kiffin. The last time he and the Crimson Tide were at the College Football Playoff, last year’s 45-40 championship game victory over Clemson, Kiffin once again took too long to talk with reporters and was left behind by the team bus. And before that, his was famously left behind at the airport after being fired from his head coaching gig at USC.

Luckily for Kiffin, this time he was able to catch a ride back to his hotel with a Peach Bowl official. At this point, his Uber charges must be out of control.

Kiffin will likely hope for better transportation luck at his next stop, Florida Atlantic, where he was named the Owls’ next head coach approximately two weeks ago. Kiffin will continue to serve as the Crimson Tide’s offensive play caller until their season is over, but has already started filling out his staff and working the recruiting trail for FAU.

Although Alabama fans better hope Kiffin is not letting the double duty harm his work at both jobs. The early returns on his work at FAU doesn’t exactly inspire confidence.