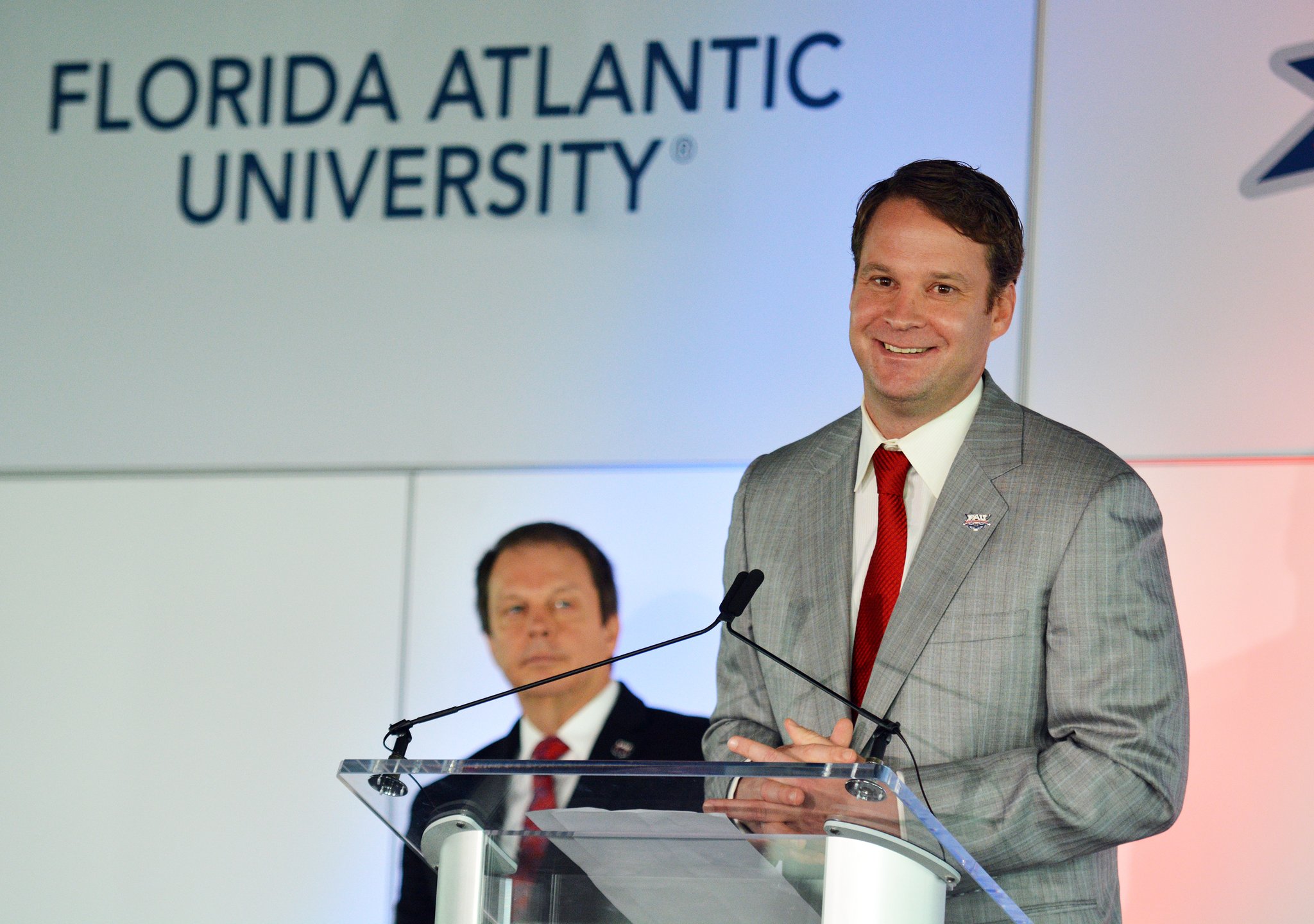 Lane Kiffin has been the new head coach of the Florida Atlantic University Owls for all of one day and he’s already making headlines in recruiting. How’s that? Well, he signed former ESPN Top 300 recruit De’Andre Johnson.

Despite Johnson being the 7th best quarterback in the Class of 2015 coming out of High School, Kiffin bringing him to FAU isn’t grabbing good headlines.

Johnson originally chose Florida State over Auburn, Clemson, Florida, Miami, and FAU among other schools coming out of high school, but never played for FSU. Why’s that? Well he was dismissed from the Seminoles’ program in July of 2015 after he was caught on video at a bar punching a woman.

Florida State originally suspended him and later dismissed him from the program, something that drew praise from school President John Thrasher:

“While it is always important to adhere to due process, having now seen the physical altercation captured on video, there is no question in my mind that Coach Fisher made the correct decisions,” Thrasher said. “I expect all students at Florida State University, including student-athletes, to adhere to the highest level of conduct. I have no tolerance for the kind of behavior exhibited in this case. Florida State University was forged from an outstanding college for women and has a long tradition of being a caring community that demands students be treated with dignity and respect.”

The quarterback reached a plea deal that forced him to pay $900 in fees, six months of probation, and participate in a 10-day sheriff’s work program. That’s not exactly a list of honors and awards.

Before going to FAU, Johnson played at East Mississippi Community College, which is the rural Mississippi school featured on Netflix’s “Last Chance U”. He didn’t play at all in the fall of 2015, his first year at the school, before racking up 26 touchdowns through the air and 5 more on the ground this past season. He has three years of eligibility remaining.

It’s also important to note this isn’t the first time Kiffin has made bad headlines for recruiting or recruit issues.

When he was the head coach at the University of Tennessee, Kiffin was trying to recruit wide receive Alshon Jeffrey. Kiffin knew it was coming down to Tennessee and South Carolina and told Jeffrey that if he chose the Gamecocks, he would end up pumping gas the rest of his life.

“He said it, but it’s not worth talking about,” Jeffery told reporters after the incident.

Also at Tennessee, Kiffin landed a couple top recruits in his first class named Janzen Jackson and Nu’Keese Richardson. During their freshman year, they were two of three players arrested on charges of attempted armed robbery. The third player was also a freshman from Kiffin’s first recruiting class named Mike Edwards.

“We’ve got to get the information in, so we’re not going to make any judgments until we have all that information,” Kiffin said. “Then we’ll go from there once we get it.”

The trio later pled guilty to the robbery and were kicked off the team.

We’d tell Kiffin to never change, but it seems like he already doesn’t plan on it and Twitter has realized that.