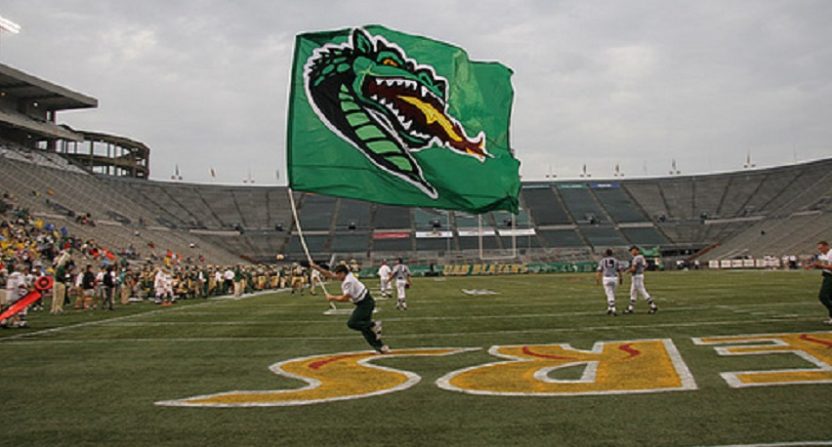 But in this case, they also apply to UAB football, written by one of their own, former quarterback turned music star Hunt, who will play college football’s most show-stopping resurrection story come Sept. 2, 2017 at 3:30 p.m.

For those catching up, it was only three years ago after their most successful season in a decade that UAB and new coach Bill Clark walked into work one day and realized that the football program they were trying to build was no more.

UAB famously slashed football, along with the rifle and bowling programs in a discredited report that ended up looking more like advocacy research rather than whether or not football could survive at UAB.

And as so many things tend to go, we don’t necessarily realize what we’ve had ‘til it’s gone. A day off always looks fine until we’re unemployed facing an unlimited number of them, aching just to have that clock ring shortly after 5 a.m. to get us up for something meaningful.

In the meantime, Birmingham realized it couldn’t live without UAB football. And so it is, two full seasons later, what’s old is new, and some of what’s new is new. In August 2016, UAB broke ground on a new facility, worth $22.5 million, and then a $4.2 million practice facility.

As a side note, never let anyone tell you that these programs are awash with money. Before we start paying players, programs need to not face a death knell to even operate. But that’s an argument for another time.

And so we are, as improbable as it seemed a few years ago, college football is back in Birmingham, which has seen the Blazers practicing against one another over the past year to prep for their return. 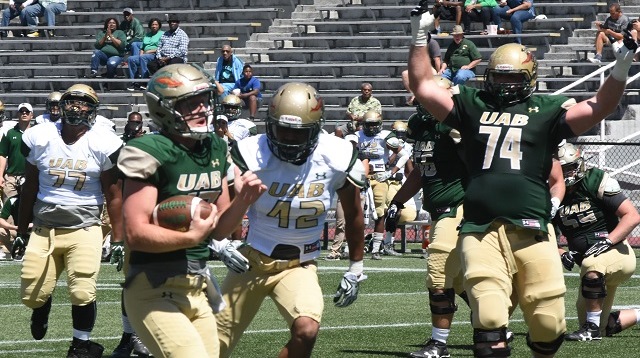 In so many ways, it’s unfair to those who had to pick up and move their college football careers on immediately. But even they may probably crack a small grin that what they built couldn’t be killed off so easily, even if there was a hiatus between a little revival and a lot of resurrection.

That first game will be the school’s game, but it’s coach Bill Clark’s day. It was he who could have gone elsewhere after UAB disbanded, fielding offers from several schools. It was he who didn’t, because in the back of his mind, even though it was impossible, UAB would be back. It was he who held practices three times a week last season, with inter-team scrimmages on Saturdays when the rest of the world was playing live games mostly on television.

In the dark of anonymity, UAB came back.

Clark spent nearly 20 years in the Alabama football scene. It wasn’t going to be this easy to give up, even when given directions to the grave and a ride to the cemetery.

And it took only nearly 20 months to raise the money needed for the new facilities. So just like that, here we are.

Expectations are tepid. After all, UAB returns no FBS starters because they haven’t played in a few years. The roster is a smattering of transfers, junior college recruits, and a few guys who hung around to do the impossible with Clark.

Who knows what will happen this year, as UAB fields a team of folks whose only FBS experience is practicing against themselves. But it’s not worth counting out this program, ever. UAB will make a bowl game, and it’ll be the greatest team college football story of this generation.

And they’ll begin it after their former quarterback turned country singer offers up a free concert to celebrate the once un-thought of.

Hunt’s first hit was, “Leave the Night On.”

At one point, UAB was told there were no lightbulbs left in the shed. Night was over. The deal was done.

“We don’t have to go home, we can leave the night on.”

Indeed, when it comes to UAB football, unpredictably, we can.