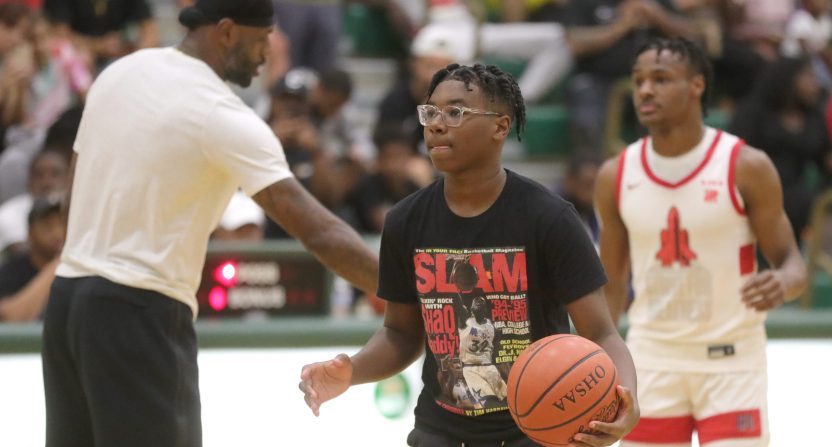 While all of the attention is on Bronny James as he approaches a decision on where to play college basketball, LeBron James’ 15-year-old son Bryce is also starting to receive scholarship offers and he received his first Division 1 offer on Monday.

Bryce announced that he has received an offer from the Duquesne Dukes.

The younger James just returned from a European stint alongside his brother on their AAU squad.

While some might scoff at an offer from an Atlantic 10 school, especially compared to the major offers that Bronny is getting, it’s still a solid basketball conference with a storied history and a long list of NBA players to have come out of it.

So while that might throw a little cold water on the offer, it’s also worth noting that Bryce is already 6’6″ and, according to some experts, is expected to blossom into an even better recruit than his older brother. So don’t expect Duquesne to lack competition very long.