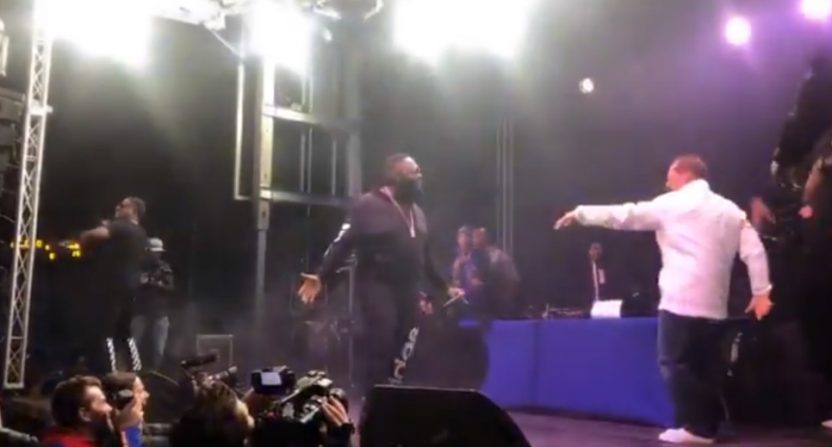 New Kansas football coach Les Miles is making some waves. The Jayhawks brought rapper Rick Ross in to perform after their spring game Saturday night, and Miles wound up dancing on stage with Ross:

If anyone was taking odds on “college football coaches to appear on stage with Rick Ross in 2019,” Miles was probably a favorite. After all, he’s also been an actor, a key figure in commercials, an announcer, and just a general celebrity. And hey, Miles has always brought a lot of enthusiasm to his coaching, and it’s clear that’s continuing at Kansas.