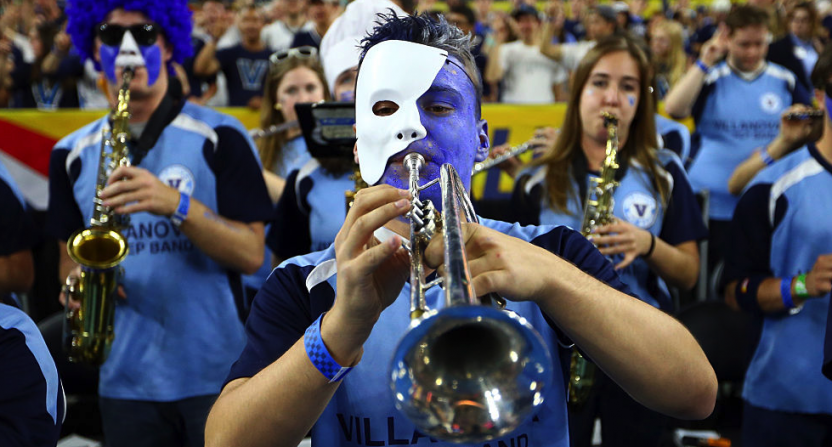 You’ve probably heard that the NCAA men’s basketball tournament, affectionately known as March Madness, begins on Tuesday. I’ve been dreading this all year.

To say that I don’t enjoy basketball is like saying Grayson Allen is just a little bit of a douche or that Bobby Knight needed to take a Xanax every once in a while. My issue with basketball has nothing to do with me being a sports hater. Quite the contrary, actually.

I live for college and professional football. In fact, if I were on death row, I’d ask to watch a football game in lieu of my last meal. I’d take Tuesday night MACtion over prison-issued surf and turf any day. I also enjoy Major League Baseball and occasionally dabble in college baseball. Again, my issue with basketball has nothing to do with disliking sports.

One of the things I’m most thankful for is that basketball season starts right in the middle of football season. That means that I am blissfully unaware of its existence until… well, right around now. Obviously, November is filled with amazing college football rivalry games and, like, Alabama vs. Chattanooga (#sarcasmfont). December brings bowl season, and even though it’s long and too many teams are involved, it’s a wonderful rest for the brain. What else do you have the capacity to do during the holidays while also pretending to like your in-laws? January brings the College Football and NFL Playoffs, and February serves up the Super Bowl. And Jalapeno poppers. And wings. And nachos. With ranch! #Blessed.

Which brings us to March. The Cooper Manning of months. It’s boring and unfilling and… this is a terrible analogy because all of the Manning brothers can be described that way. But Cooper is the least popular, just like college basketball and March (according to moi).

I have high expectations when it comes to sports. I love dusty tailgate lots, the smell of burning charcoal, and the competitive clash of helmets. I love the sound of a baseball hitting the bat, and the way a field changes when the sun goes down. Basketball just doesn’t compare to football or baseball. If I’m ranking the three major American sports, I want to say basketball earns fifth.

Why does basketball rank so low? Even if I overlook the abhorrent display of armpit hair, badly lit smelly gyms, and the sound of shoes squeaking up and down the court, I have issues with this sport.

First of all, the field of play is the size of a postage stamp, so the concept of defense doesn’t really exist. Players are able to run the length of the court scoring at will. What’s the fun in that? The NBA league average is more than 105 points per game and NCAA games aren’t much better.

Next, I need to mention that this sport actually employs someone (usually a tiny human) to mop up the unidentified bodily fluids on the court. Guys, a literal child goes onto the court to sop up blood, sweat and tears, and that’s not OK.

Those are the least of my issues, though. My biggest problem with basketball is inconsistency with timing and the level of competition. More explicitly:

— I don’t understand what a foul is. I realize that’s a valid complaint in just about every sport, but it’s particularly relevant in basketball. In the first 38 minutes of the game, you have to elbow someone in the face/kick them in the crotch/poke them in the eye to draw a foul. Yet in the last two minutes, touching another player or breathing in his general direction results in someone going to the line.

— Another point of contention is the time it takes to play the game. A college basketball game is supposed to last 40 minutes of game time, and it’s understood that it takes longer than that. But the last couple minutes of a close game lasts nearly a calendar year! Dribble, dribble, foul, points. Dribble, dribble, foul, more points. This goes on forever until it’s not fun anymore. If you even thought it was fun in the first place.

— March Madness has too many teams. Sure, so does College Football Bowl season, but again, you’re trying to distract yourself from the fact that you’re forced to eat Christmas dinner with Uncle Bill, a mouth-breathing hillbilly with whom you don’t agree on anything. The NCAA basketball tournament has no such excuse. Here’s the thing: March Madness, a 64-team endeavor has play-in games. PLAY-IN GAMES, which bring another four teams into the equation. Give me a damn break.

Not only are threescore and eight teams invited to play, but there are at least three other loser tournaments (NIT, CBI, CIP, etc.?) in which teams outside of the “top” 68 can “compete” in the “postseason.” This truly is the generation of participation trophies. SOMETIMES YOU’RE JUST NOT GOOD ENOUGH, OK?

Luckily for me, April is around the corner, and with it the start of Major League Baseball, spring football practice, and the rebirth of my sanity. I’m looking forward to watching the sports that I love again. Baseball will get me through the summer and fall, football through the winter, and then I’ll be in this situation again. I hate basketball.