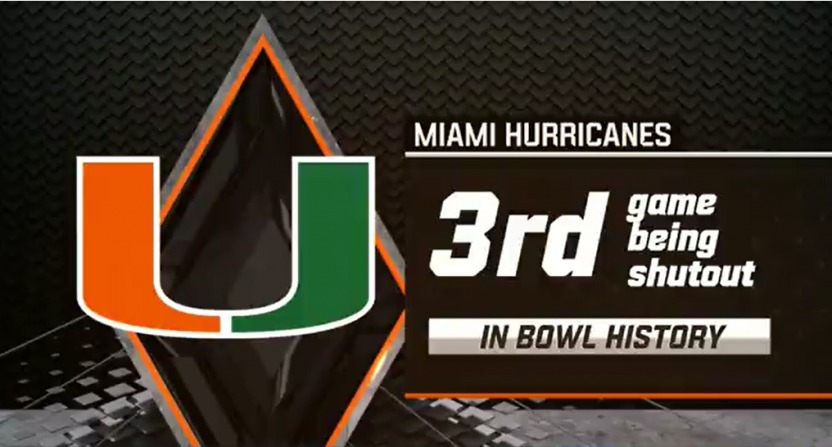 The Louisiana Tech Bulldogs shut out the Miami Hurricanes 14-0 in Thursday’s Independence Bowl. It was a total snoozefest, with only seven total points being scored until there were under four minutes remaining. Anybody — that isn’t a LA Tech fan, anyway — who spent their time watching that game wishes they had those three hours back.

The loss means Miami finishes with a losing record on the season at 6-7. And the shutout comes one year after Miami lost 35-3 to Wisconsin in the Pinstripe Bowl. So, over the last two years, Miami has played two bowl games and scored a total of three points.

Miami is the 3rd program in FBS history to compete in bowl games in consecutive seasons and combine for 3 or fewer points (1959-60 Alabama, 1990-91 Illinois).

Miami scored 3 points against Wisconsin last season in the Pinstripe Bowl, and was shut out vs Louisiana Tech today. pic.twitter.com/a14Fhghafj

The Hurricanes have now been shut out three times in their bowl history.

Miami has now been shut out 3 times in its bowl history:

This fact holds true for another year.

And the Hurricanes are 11-16 over their last 27 games against FBS teams.