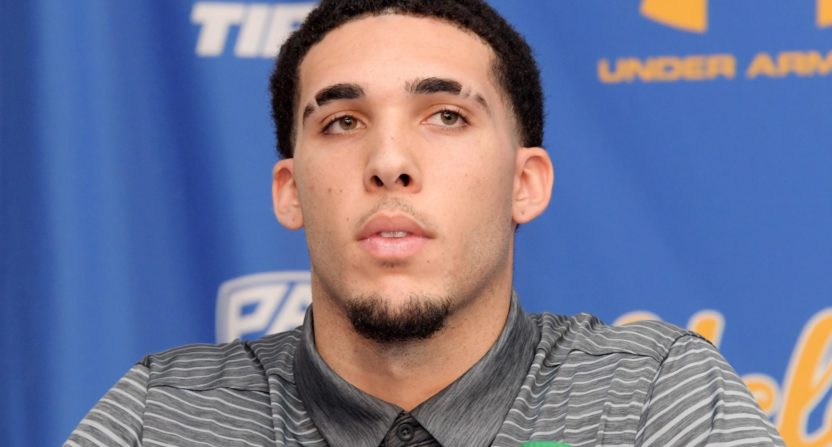 In the 15 months of so that the world has known them, the Ball family has been generally confined to Southern California. Lonzo, LiAngelo and LaMelo grew up and went to high school in Chino Hills and committed to play college ball at UCLA. Lonzo wound up drafted by the Lakers, ensuring he wouldn’t have to venture far for his pro career.

But with LiAngelo pulled from the Bruins’ roster amid a suspension and LaMelo yanked from his high school team due to issues with the coach, the Ball drama is crossing the Atlantic. As originally reported by ESPN and Yahoo, the two younger Balls have each agreed to one-year contracts with Vytautas Prienai in the Lithuanian league.

Even though LaVar Ball’s desire to send LiAngelo and LaMelo to Europe had been previously reported, it’s a bit jarring to see they’ll be playing in a country 5,000 miles away from Los Angeles, in a small town of fewer than 10,000 people. It’s also tough to imagine how a 19-year-old college bench player and a 16-year-old high-school junior will fair against grown-adult professionals.

Per ESPN’s Jeff Goodman, Vytautas Prienai is a good fit for the Balls in their style of play — in that they seem to require little discipline or discretion.

Just spoke to someone who is extremely familiar with Lithuanian basketball. Said this team is ideal for the Ball brothers — except for fact the coach doesn’t speak English – because they play guys out of position, shoot a ton of 3’s and don’t defend. “It’s a perfect match.”

On the other hand, Draft Express’ Jonathan Givony reports that LiAngelo and LaMelo might not actually get a chance to play, so this isn’t exactly a match made in heaven.

The Ball brothers are not expected to see major playing time for Prienu Vytautas in the Lithuanian (LKL) league, but could be afforded an opportunity to develop in the Baltic (BBL) League, where the stakes are much lower. The club must decide whether to pull the trigger first. https://t.co/XIihTVnZMD

Even if LaVar thinks he’s doing what’s best for his kids, it’s pretty hard to defend pulling teenagers out of school to play against much older players in a foreign country where they don’t speak the language of their coach. Yes, they’ll get paid, but the cost hardly seems worth it.

On the bright side, at least LiAngelo and LaMelo will finally get some distance from dad.