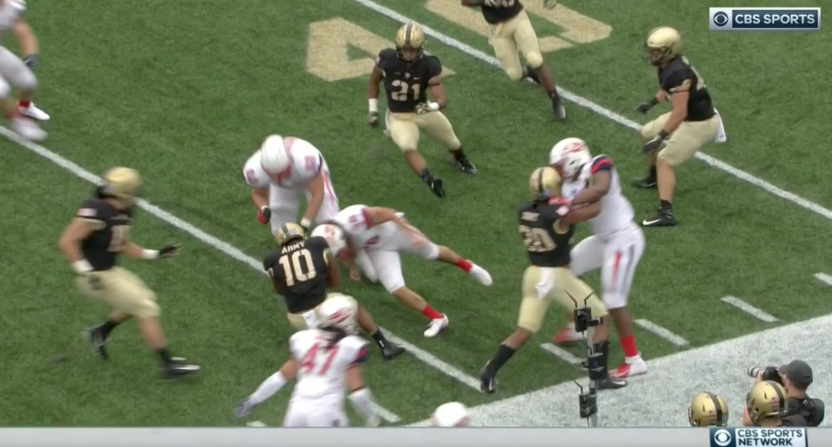 College football’s targeting rule has been known to be a bit of a controversial rule at times, but on Saturday afternoon we saw a textbook targeting foul lead to an ejection in the Army-Liberty game. This was a unique situation because the player being ejected was Liberty’s punter.

Aidan Alves was tossed from the game after he clearly lowered his head and launched himself at Army punt returner. As you can see in the replay of the hit, Alves led with the crown of his helmet and made contact with the head of Reynolds. You’ll get flagged for that every time, and will be heading to the showers early as soon as the replay crew reviews the footage.

I’m not sure if this is the first time a punter has been on the receiving end of a targeting ejection, but this is certainly not the position player you expect to be called for such a penalty. Alves was ejected immediately from the game and will have to return to the team in week 3.

As far as targeting calls go, this was an easy one and clearly the right call. Fortunately, Reynolds appears to be fine after the hit. Reynolds was out to fair catch Army’s next punt return.