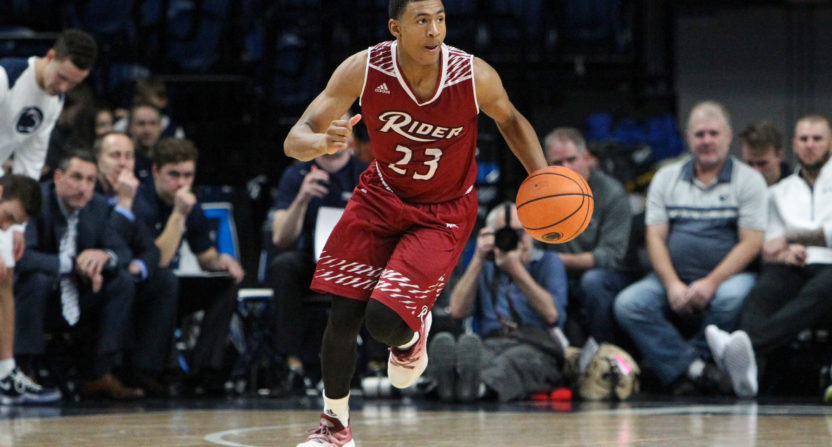 Last year was particularly noteworthy for NCAA Tournament droughts ending, thanks to Northwestern making its first Big Dance in program history. There aren’t any similar cases quite as high-profile as 2016-17 Northwestern’s, but there are several schools fighting in conference tournaments to end tournament droughts that have plagued their programs for decades.

Here are the parameters for our purposes. A team needs to have a drought of at least 20 years, and at least a 10 percent chance to win its conference tournament, according to KenPom Ratings and Bart Torvik’s T-Rank.

These seven teams fit the mold, in order of longest drought.

Furman has been close to breaking the drought before. The Paladins earned a share of the SoCon title last year, but were upset in the quarterfinals. In 2014-15, they made a run to the championship game as the No. 10 seed, falling three points shy against Wofford after leading 60-58 with five minutes to go.

First-year coach Bob Richey has the Paladins playing well, ending the regular season with six straight wins. Furman is the No. 3 seed this year in a strong SoCon, at least at the top. The league has three KenPom top 100 teams (including Furman) plus Wofford, which won at UNC in December.

Pat Skerry went 1-31 in 2011-12, his first year at Towson, and has since turned the Tigers into a perennial threat in the CAA. Depending on which models you look at, they’ve got about a one-in-four chance to reach the championship game for the first time in their 17-year tenure as a CAA member.

Tigers fans shouldn’t be too hyped, though. Towson is still a long shot to go dancing, and went 1-5 against the top three seeds in the regular season.

The only team on this list that has been a Division I member for at least 20 years and never made the tournament. The Wildcats joined Division I in 1980 and didn’t even finish a season with a winning record until 2008-09.  But first-year coach Ryan Ridder has them in a five-way tie for first place in the MEAC entering Thursday.

With seeding as of today, T-Rank gives Bethune Cookman a 15% chance to go dancing. But that could change after Thursday’s games.

The Ramblers have the slimmest odds at an at-large bid should they lose in the MVC Tournament. But most likely, they’re NIT bound without a tournament crown. Loyola has the most Cinderella potential of any team on this list, ranking No. 45 in KenPom with a big win at Florida in December.

The Ramblers haven’t been dancing since 1985, but they reached the Sweet 16 that year before Patrick Ewing’s Georgetown team eliminated them.

Rider hasn’t made the MAAC championship game since 2007-08, eventual lottery pick Jason Thompson’s senior season. But the Broncs have been red hot, winning 11 of 12 to close the regular season. The numbers suggest they’d be a slight underdog against Canisius if they reach the MAAC final. The two co-conference champions split their regular season series with each matchup decided by one point.

If the Broncs don’t break through this year, they’re bound to get that elusive bid soon. They won the conference while starting four sophomores.

Do the math in your head, and you’ll see there’s a better than 50% chance we’ll see a long drought end in the MAAC.

Canisius had a few 20-win seasons earlier this decade under Jim Baron, but the Golden Griffins haven’t made a NCAA Tournament since John Beilein was their coach. But this year’s team tops the MAAC in KenPom at No. 121.

Colgate hasn’t made the Big Dance since Adonal Foyle was tearing up the Patriot League, and the Raiders remain healthy underdogs this year after Bucknell ran through the conference at 16-2.

However, Colgate finished second at 12-6, and just a few weeks ago they were seconds away from a huge victory at Bucknell before an epic collapse where they blew an 10-point lead in the final 55 seconds and lost in regulation. That’s as bad as it gets, but the fact that the Raiders outplayed the Bison for 39 minutes on the road shows that a championship game upset, should they meet there again, is conceivable.