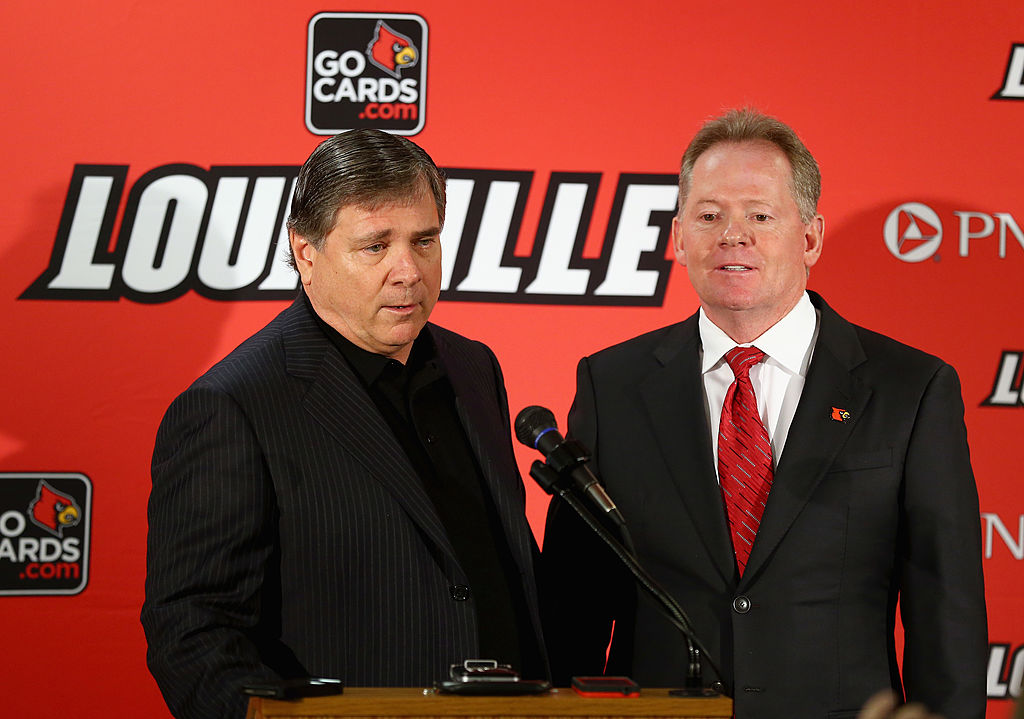 This Wake Forest leak story is getting weirder as the days go on. At first, it was simply someone possibly leaked team info to the Louisville Cardinals. On Tuesday, the barn doors were blown wide open as it was announced a Demon Deacons’ broadcaster was the mole.

Now, the University of Louisville is telling its side of the story.

The story starts in November after Wake Forest blew an early lead to Louisville and the Cardinals ultimately won 44-12. After the game, Wake head coach Dave Clawson said “we are concerned that there was some type of security breach.” That ended up being the case, but Louisville doesn’t seem to see anything wrong with that.

Louisville AD Tom Jurich with more details on how #WakeyLeaks unfolded on their end. pic.twitter.com/CHWasWhVDb

Throughout his statement, it seems like Jurich is basically saying “so what if we got their info? It’s not like any of it mattered anyway.”

“Among the communication were a few plays that were sent and then shared with our defensive staff. None of the special plays were run during the course of the game. Our defense regularly prepares for similar formations every week in their normal game plan.”

Just because Wake didn’t run any of those plays doesn’t mean it’s okay that the information was shared.

“Any other information that may have been discussed was nothing that our staff had not already seen while studying Wake Forest in their preparations for the game and the material was not given any further attention.”

Oh come on. Once again, just because you had already seen the info/plays and didn’t necessarily give it “further attention” mean it was okay that Wake’s broadcaster gave you insider information. If this same thing happened the other way around, Louisville would probably be irate.

After repeatedly saying over and over that it was basically okay the info was shared because the Cardinals knew all of it already, Jurich tries to get out of the hole he dug himself in:

“I’m disappointed that this issue has brought undue attention to our football staff as we prepare for our upcoming bowl game.”

Maybe this is just me, but the undue attention seems to have been brought upon Louisville themselves for okaying this release. Before it was released, most of the talk of punishment was in regards to Wake Forest for letting this issue happen.

Yes, Louisville probably should’ve reported this to the NCAA and ACC once it happened, but it’s not like the Cardinals sought this out either. As Jurich points out, Louisville’s offensive coordinator Lonnie Galloway has known Wake whistleblower Tommy Elrod since 2007, and Elrod allegedly sought Galloway out, not the other way around.

On top of all of this, the great Bruce Feldman seems to have found an old quote from Louisville head coach Bobby Petrino that plays a big role in this situation.

Louisville AD Jurich's statement contradicts what Bobby Petrino said in NOV unless BP was somehow out of the loop: https://t.co/KfXAjmFTlc

“I have no knowledge of the situation,’’ Petrino responded by email, when asked to comment about the report. “We take a lot of pride in the way we operate our program. As I’ve stated already this season, my coaching philosophy has always been to play the game with sportsmanship.

While Jurich’s statement does contradict what Petrino said in November, it’s also possible the information was not available to Louisville at the time Petrino made that original statement and that’s why the two quotes go against each other. Jurich does point out in his statement they looked into the matter more as information came out.

Anyway, Louisville can go enjoy its bowl game with its Heisman winner, who, by the way, brought a ton of GREAT attention to the football staff and program the same week this entire mess unfolded.