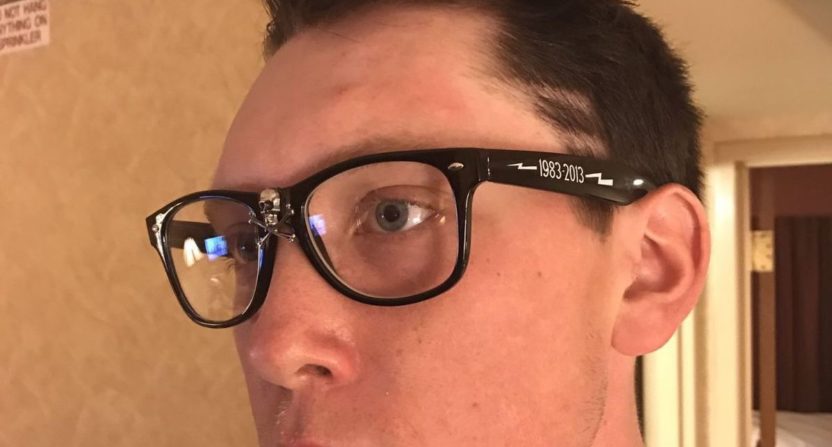 LSU freshman pitcher Zack Hess had quite a season. Not only did his bullpen appearances help the Tigers reach the College World Series, but he also became a fan favorite by nailing down Charlie Sheen’s iconic “Wild Thing” look from Major League. After getting his hair cut like Sheen’s character Rick Vaughn, he received a gift to complete the look: replica glasses.

With the glasses and the hairdo, Hess looked like he could star in a Major League reboot. But on a podcast with ESPN Baton Rouge’s Matt Moscona, he revealed that the LSU compliance office confiscated the glasses:

That’s just totally ridiculous, especially considering the NCAA’s official website published an article about Hess receiving the glasses ahead of Game 2 of the College World Series.

The story behind how Hess got the glasses is actually pretty neat. Antonio Todd, who played second baseman Mickey Scales in the 1994 film Little Big League and is a friend of Charlie Sheen, noticed Hess’ Wild Thing hairstyle while watching LSU during the postseason:

“He’s one of Charlie Sheen’s closest friends. And I guess he was watching ESPN one day when we were playing Florida State, and he noticed my haircut. And I guess he ended up calling Charlie on the phone and said, hey, you need to turn it to ESPN. Some guy is trying to steal your haircut.”

Todd had a pair of replica glasses and got in touch with strength coach Travis Roy:

“He sent him the pair of glasses, and I wore them for a couple of days. Yeah, it was pretty wild how all that turned out.”

Unfortunately, just like the glasses, the hairstyle is now a thing of the past. Hess said he’s gotten rid of his Wild Thing hairstyle since the College World Series ended:

“It was growing out a little bit by the time I got back home. So by the time that I came back to Virginia, I was like, I’ve gotta find a barbershop because I look like a serial killer walking around town. … Now it’s just kinda spiked up for fun. I’m looking somewhat normal now.”

You can listen to the full podcast with Hess here.