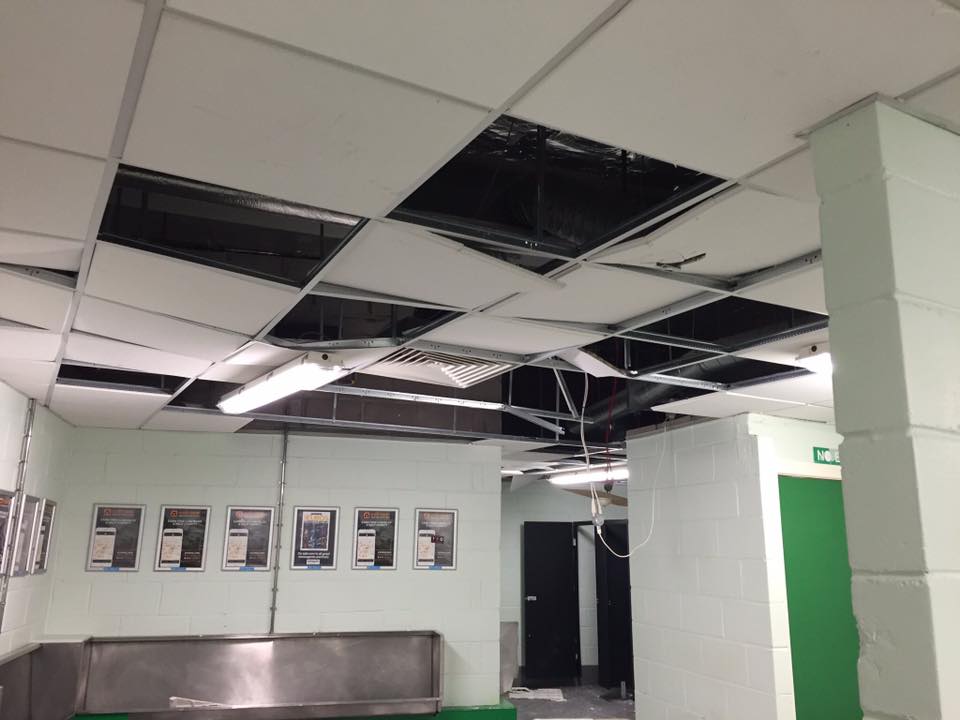 The biggest controversy and most exciting game over the weekend happened when Central Michigan took on Oklahoma State in Stillwater. The game was tight and Central Michigan won on a hail mary that should not have counted.

CMU wideout Jesse Kroll caught the pass, and smartly found teammate Corey Willis for the lateral, who would run it into the end zone giving the Chippewas the victory.

Must Watch: Here is in full, the final play of the Central Michigan upset shocker over Oklahoma St. #UpsetCity

However, the play should not have happened as CMU was given an untimed down in error after an intentional grounding penalty by Oklahoma State on the play before turned the ball over.

With that, the MAC crew has been suspended for two games, which begins immediately as the conference announced Sunday:

The Mid-American Conference announces a two-game suspension for the eight-person crew that worked the Central Michigan at Oklahoma State football game on Sept. 10.  The suspension will begin immediately.

“After a thorough review and evaluation of the entire Central Michigan at Oklahoma State contest, we have decided to suspend the officiating crew for the next two consecutive weeks. I have personally informed the crew of our decision,” said Bill Carollo, Coordinator of Football Officials, Collegiate Officiating Consortium.

That’s not all though. The Big 12 was responsible for the replay officials, and they’ve been suspended two games as well.

“The crew missed an opportunity to advise the MAC officiating crew of the misapplication of the penalty giving CMU an untimed down that resulted in its game-winning touchdown. NCAA rules permit instant replay to correct egregious errors and it is unacceptable that it did not occur in this situation.  Additionally, this replay crew will not be eligible for assignment to an end-of-season bowl game.”

It seems like fair suspensions, and some might even consider it light when you take into account the implications it has on the Cowboys. They were ranked No. 22 in the AP Poll last week, and while their odds at a national championship were a long shot, it seems almost impossible now. Winning out seems to be the only hope they’ll have at the playoff.