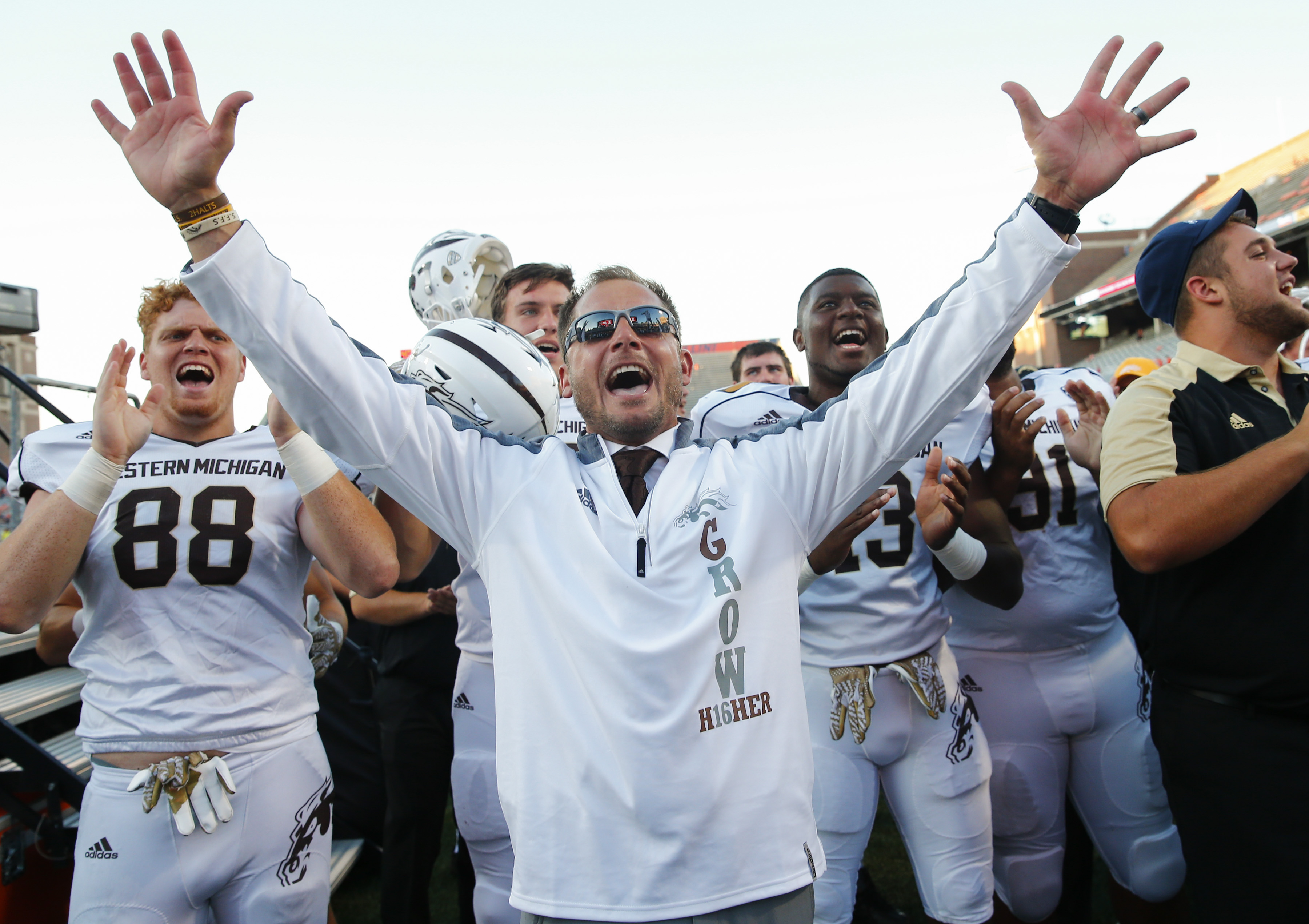 For the nation’s top football conferences, consistency creates a brand.

It’s nice to have a surprise team pop up every so often, but steady names at the top have helped create identities over the course of decades. For the ACC, it’s Florida State (and recently, Clemson). The Big Ten has Michigan and Ohio State, and the SEC has Alabama, Tennessee and Florida, among others. In the Big 12, Oklahoma and Texas are your flag-bearers, and in the Pac-12, it’s USC and (as of late) Oregon.

For the Mid-American Conference, however, the league’s brand has been built on inconsistency throughout its 70-year history. When you look through the record books, nearly every team takes a turn atop the standings before fading and giving way to the next four- or five-year run by a rival program.

Cincinnati and Miami (Ohio) started this trend when the MAC was created in 1947, then ceded to Bowling Green and Ohio. Those schools passed the baton to Toledo, then back to Miami, then a free-for-all of parity took over the 1980s and 1990s. Marshall’s dominance led into Miami’s, which led to Central Michigan’s, before the six-year runs of success at Bowling Green and Northern Illinois came crashing down this season. Now, it appears it’s Western Michigan’s time to shine.

The Broncos have seen success before, though not to the heights they’re seeing in 2016. Four years into coach P.J. Fleck’s tenure, they’re recruiting rings around the rest of the league. They’re also 7-0 so far and ranked for the first time in school history. There are no guarantees around their chances for the Group of Five’s spot in a big-money bowl game, but they’re as well-situated as anyone not named Boise State right now.

Like the many dominant MAC teams before them, their rise is directly attributable to quality coaching and this coming offseason’s second-hottest name on the market in Fleck. It’s also due to the falls of two of the conference’s top programs, Bowling Green and NIU. Those programs, buoyed for years by coaching talent like Jerry Kill (formerly of Minnesota), Dave Doeren (now at NC State), Dave Clawson (Wake Forest) and Dino Babers (Syracuse) are on track for the first losing seasons in quite some time. The Falcons and Huskies had met in the last three MAC Championship Games, and at least one had participated in every one of those contests since 2010.

While Miami (Ohio) may own the “Cradle of Coaches” moniker, it really applies to the entire MAC. For decades, the league has been cranking out many of the college game’s top coaching names. MAC athletic departments’ inability to hold onto these rising stars creates a lot of turnover on the coaching front, which leads to the inconsistency and parity that’s made #MACtion an institution. The top programs ride the hot coaching hand until that person leaves, and then the next name brings their own program to prominence.

Look around the country and the MAC is everywhere, even at the top of the polls right now. Alabama’s Nick Saban and Ohio State’s Urban Meyer have MAC roots from Toledo and Bowling Green, respectively. Notre Dame’s Brian Kelly comes from Central Michigan, as does Tennessee’s Butch Jones. The previously mentioned Doeren, Clawson, and Babers have all added a MAC flavor to the ACC in recent years, while Matt Campbell just took the Iowa State job this season after leading Toledo.

The current MAC standings are a prime example of how these hires can all go right or wrong for certain programs. Not to mention how volatile coaching gigs can be in the conference. Just two coaches, Ohio’s Frank Solich (2005) and Akron’s Terry Bowden (2012) have been at their current posts for more than four years, and both are at the top of the East division. Retreads like Solich (Nebraska) and Bowden (Auburn) are rarities in the league, but these two have proven to be successful.

Bowling Green, which hired Texas Tech running backs coach Mike Jinks to replace Babers just this offseason, is in last-place in the East. Northern Illinois, four years into the Rod Carey regime after Doeren’s departure, sits in last in the West. While Carey was a continuity hire, Jinks was an outsider brought in to keep a similar up-tempo system in place to what his predecessor ran. The bottom fell out early due to the struggles of a younger team. At NIU, this season seems to be the bottom of a four-year decline under Carey.

Atop the West, meanwhile, is rising star Fleck in his fourth year at WMU, and Toledo’s first-year head coach Jason Candle, who already seems to be picking up where Campbell left off with the Rockets. Candle was on the Toledo staff with Campbell in 2009 before the latter eventually ascended to the head coaching job. The former followed the same path to lead the Rockets, which makes him a far different type of continuity hire than Carey (two years at NIU before taking over as head coach).

There are altering routes to winning in the MAC, of course. The conference’s head coaches come from a host of different backgrounds and experiences, all with varying levels of success. But as Fleck’s likely departure looms for Western Michigan, they’d be wise to keep an eye on which model could work best for them. Bowling Green and Northern Illinois’ respective drops are cautionary tales, while Toledo’s consistency in transition is another type of (positive) lesson. Even Bowden and Solich, despite their oddities in a league full of change, provide an additional example of what can succeed in the longterm.

The Fleck sweepstakes will start soon enough, but for now, the Broncos should enjoy this year’s accomplishments and the new heights they can potentially strive for as a program. As history shows us, success is fleeting in the MAC. Better get the most out of it while it’s still in your grasp.