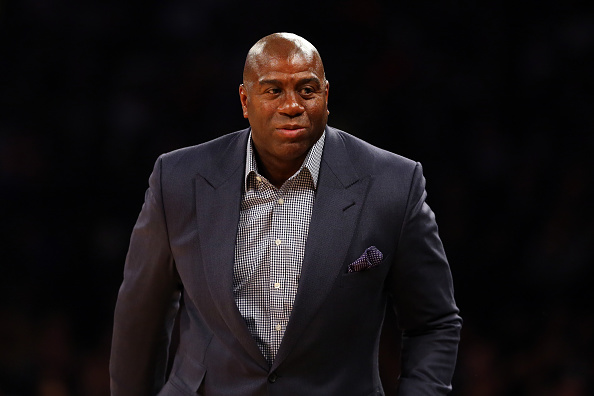 Magic Johnson started his week on Twitter by firing off a series of messages on Twitter denouncing anyone tied to the university who may have been aware of any sexual assault cases within the university and athletics program. Johnson called for the firing of any individual that may be connected to a series of allegations if found to be guilty of being aware of anything without doing their part to step in and handle the cases in a responsible fashion.

If anyone was aware of the sexual assault happening to women on the MSU campus from the office of the President, Board of Trustees, athletic department, faculty & campus police, and didn’t say or do anything about it, they should be fired.

Cookie and I stand in support of the victims and their families as they embark on the road to recovery; and I support the movement to hold everyone involved accountable.

The roles of the new President, Board of Trustees, athletic department, faculty, campus police and students will be to work together to create new policies and procedures to ensure this never happens again.

Johnson’s tweets come after a weekend of negative headlines for the Michigan State program. Michigan State athletics director Mark Hollis resigned amid investigative reports revealing there have been numerous sexual assault scandals allegedly within the men’s basketball and football programs under current coaches Tom Izzo and Mark Dantonio. Both coaches have taken strong stands against the allegations they took any part in covering up misdeeds of their players connected to allegations on their watch. Things got particularly awkward for Izzo following Sunday’s road victory at Maryland when an ESPN reporter for Outside the Lines grilled him in the postgame press conference.

Johnson made a point to say he still would like to work with Izzo to support the Spartans basketball program, although his previous statements would seem to draw a line with Izzo if anything were to come out confirming Izzo did in fact have any knowledge of any sexual assaults that were not handled correctly.

As a Spartan, I love MSU and want to work with Coach Izzo, the administration, and the students to be a part of the solution in any way that I can.

What is happening at Michigan State is unfortunate, to say the least. Hopefully having Johnson take a firm stand against anyone in a leadership position not using their power to protect any alleged victims the way they should will help lead to positive changes at Michigan State. The damage may have already been done, but any preventative action to reduce the chance it happens again is worth taking.