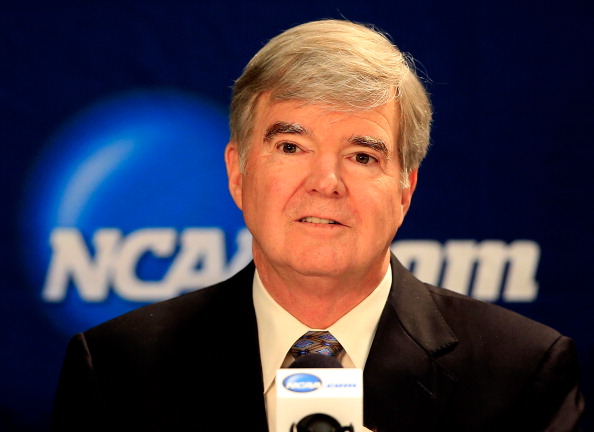 Mark Emmert isn’t having it with Ben Simmons’ negative comments towards the NCAA.

The Philadelphia 76ers forward spoke out against the NCAA in the documentary One and Done (airing Friday on Showtime). Simmons called out the system for financially taking advantage of players and providing little educational purpose for those who opt to go one-and-done.

“The NCAA is really f—ed up,” Simmons said on “One and Done,” a film that will air on Showtime on Friday night. “Everybody’s making money except the players. We’re the ones waking up early as hell to be the best teams and do everything they want us to do and then the players get nothing. They say education, but if I’m there for a year, I can’t get much education.”

Emmert took exception to the 20-year-old’s comments, saying it’s the NBA who implements the college rule, not them.

“I was reading today where someone who played basketball at LSU was very unhappy with the one-and-done rule,” said Emmert to The Advocate, speaking Wednesday at LSU’s inaugural Sports Communication Summit at the Manship School of Mass Communication. “That’s not our rule. That’s the NBA’s rule. But (he says) it’s another stupid NCAA rule.”

Emmert expressed disdain at the rule, admitting he wished the NBA abolished the one-and-done rule.

“The one-and-done rule is something I’ve made no secret about how much I dislike it,” Emmert said. “It makes a farce of going to school. But if you just want to play in the NBA, you can do that. You can go to Europe or play at a prep school until you’re 19.

“I’d love nothing more than for the NBA to get rid of that rule. We’ve made it really clear to the (NBA) players union and the leadership of the NBA that we very much would like it changed.”

Simmons’ take isn’t off-base. The NCAA milks players for everything they’re worth before they opt-out of college. The one-and-done rule is stupid as it doesn’t seem to benefit anyone but college basketball programs for a single season. It’s time to get rid of it.