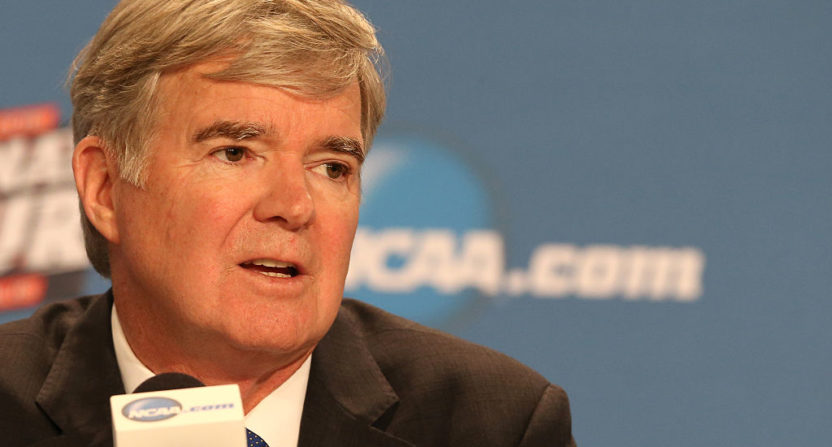 According to the NCAA’s new federal tax return obtained by USA Today Sports, president Mark Emmert made more than $1.9 million in compensation during 2015. Of course, that’s nothing compared to Big Ten commissioner Jim Delany, who is due $20 million in bonuses.

While Emmert made close to two million, 10 other NCAA executives made at least $415,000. Compared to the multiple millions of dollars conference commissioners in Power Five leagues make, that’s not too remarkable. But it’s still a big sign that the NCAA’s whole “there’s no money available to pay players” spiel is not really true.

Here’s more from USA Today on what the NCAA is doing with all its money:

However, the return provides more details on the NCAA expenses for fiscal 2016, which included:

I’m sure Emmert would have been just as happy receiving his compensation in scholarships. Unless he’s a hypocrite. Which of course could never be the case…