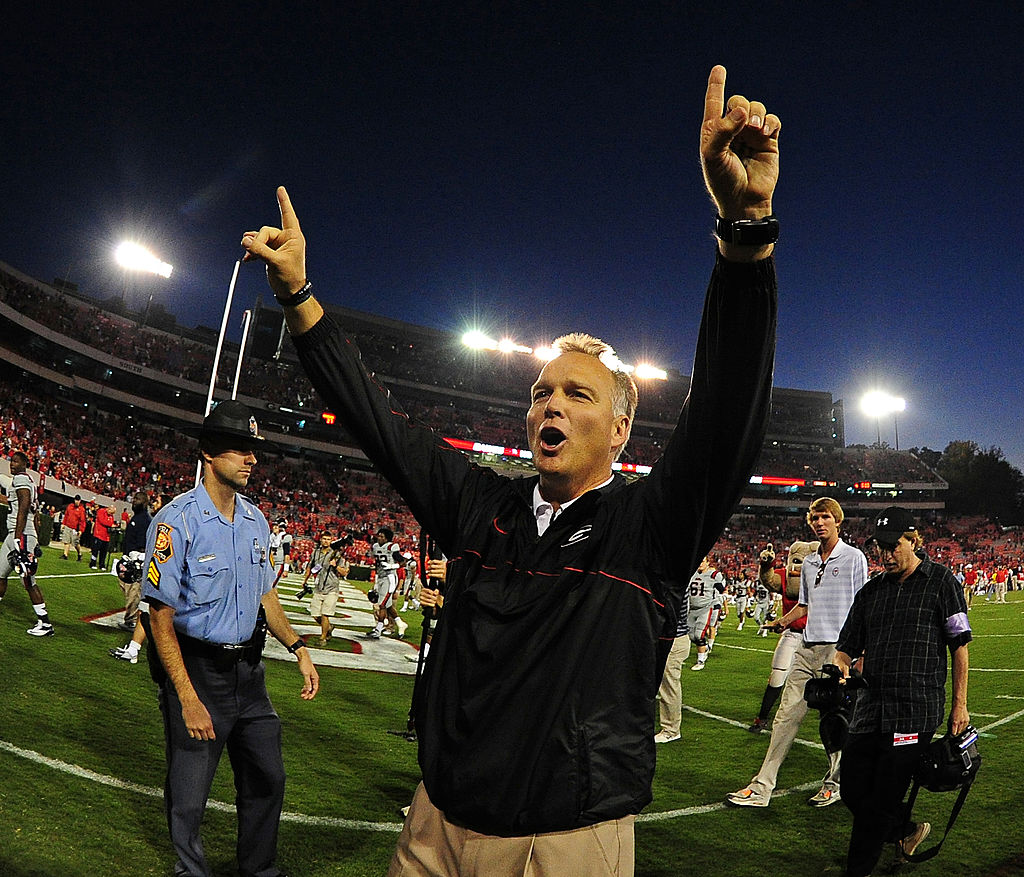 Miami has had two head football coaches since Larry Coker was fired in 2006. Both of them represent fascinating stories that are worth their own separate chapters in the history of the program, but they have something very important in common: neither Randy Shannon nor Al Golden were established top-level coaches before coming to Miami.

Does that matter? Absolutely.

Miami has a long and storied history, but the Hurricanes’ most prosperous era began when Howard Schnellengerber turned the program around in the early 1980s. Miami won four national championships in 12 seasons. From 1981-1992, the Hurricanes finished in the AP Top 10 nine times, eight of them in the top three. Miami was a national powerhouse and a decade-long dynasty. This was followed by a few down years, as the Hurricanes had to overcome NCAA penalties during Butch Davis’ coaching tenure, flowing from the mess Dennis Erickson left behind in the first half of the 1990s. The Hurricanes indeed overcame them, though, and the 2001 team is still highly regarded as being (along with the 1995 Nebraska Cornhuskers) one of the two best college football teams ever.

Why the brief review of Miami’s 20 years of dominance? This period has, in its own way, led to the current state of Miami football. There are many theories as to why the Hurricanes have struggled for over a decade now. We don’t need to get into all of them. Some people have pointed to coaching; others have pointed to recruiting; still others have pointed to the lack of that swagger that made Miami into “The U.” This last point is the one that sticks the most; not only is Miami not winning championships anymore, but the entire atmosphere is now different.

What is absolutely clear, regardless of the reasons for the decline and the change in attitude, is that Miami officials and their fans expect an incredible level of success from their coach and their football program. Miami expects to win national championships. The Canes expect to be in the College Football Playoff conversation. Most importantly, they expect to be regarded as winners. Miami does not want to come into games as underdogs. The U wants to be known as the team to beat.

Every once in a while, especially when Miami is losing a big game, you can find articles, blog posts, and tweets trying to figure out what Miami has lost that it can fix in order to return to prominence. In the darkest corners of the naysayers’ camp, you can find the notion that Miami wasn’t built to be a sustainable football power. Maybe it’s not about the swagger or the coaches. Maybe Miami just isn’t a “football school.” Maybe the Hurricanes can’t compete for the top national recruits. Without drawing in dozens of NFL-caliber players, maybe Miami just isn’t cut out to be “The U” anymore.

This leads us to Wednesday afternoon and the present moment.

If Miami wanted to bring back its bad-boy “swagger” and the old attitude “The U” was famous for, then Mark Richt is absolutely the wrong choice. Richt is straitlaced and a disciplinarian. He was often critiqued during his tenure at Georgia for many reasons, one of them being that he could have won more games had he cared more about winning than the character of his players. He is a coach players want to play for and one who has openly stated that some things are as important than winning, a near-heretical philosophy in today’s college football age. Richt won’t bring a winning “swagger” to Miami. He would never want to. Instead, he will bring the way in which he wants to win.

As a coach, Richt is a proven winner. His record at Georgia more than speaks for itself. He will win games at Miami and bring an electric atmosphere back to Miami — maybe not the same as the old Orange Bowl stadium, but certainly large and enthusiastic crowds that will be a far cry from the minor-league baseball crowds of the past few years (for any non-Florida State home game). He is a coach who will build a passionate fan base and group of players — because he will win, certainly more than his predecessors have. He is not a coach, however, who will bring Miami’s old attitude with him.

That’s okay, though, because at a school like Miami, winning is all that will matter. If you win, it doesn’t matter how you do it. It is not a place like USC, where players and fans have been quoted as saying that they would rather lose playing a pro-style offense than win in (what they think is) a Chip Kelly-style “gimmick” offense.

In the end, it wasn’t Miami’s attitude or “swagger” that brought the wins and the championships to Coral Gables. It was the players and their incredible collection of talent that brought the attitude with them. Miami’s list of accomplishments in terms of NFL draft picks, first-round draft picks, and other similar records since 1985 is too long to adequately enumerate. One must also mention “the streak,” in which Miami alumni scored a touchdown in 149 consecutive weeks of NFL play, from 2002 until 2010.

South Florida is still a supremely fertile recruiting area for football talent. Richt will do an excellent job bringing that talent home to his alma mater. He will bring Miami back to a position where its rosters are loaded with NFL talent. As he showed during his time at Georgia, he will win with that talent.

Did Richt win every big game in his career? Of course not. Did Richt lose some games at Georgia that he should have won? Absolutely. Every coach does. No coach goes undefeated every year. That said, Richt has shown an incredible consistency. He will eventually win at least 10 games a year at Miami, which already puts a Power 5 team in the national conversation.

Richt will do it his own way.

Is Mark Richt the man to bring the swagger back to “The U”? Not at all. Does he have the potential to build a brand new dynasty in South Florida? No question. At the end of the day, that is all that Miami really wants — it doesn’t need players in combat fatigues before a Fiesta Bowl banquet.

Merely playing in a New Year’s Six bowl — after winning an ACC Coastal title and then an ACC Championship Game — is all Richt needs to do to be a success with the Hurricanes.