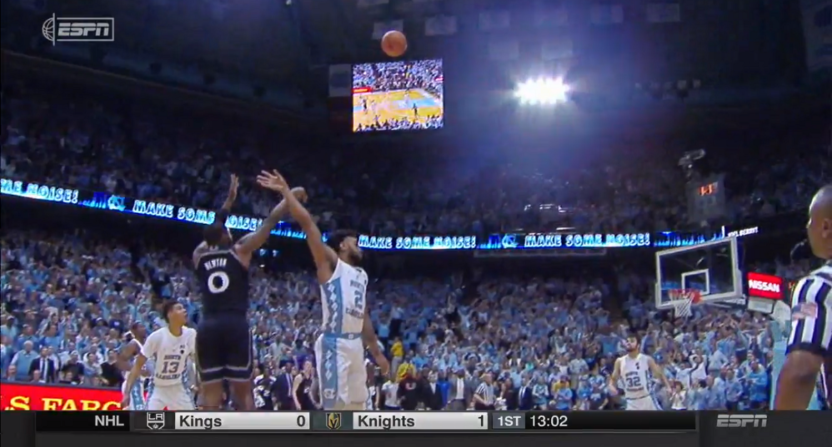 North Carolina is the #9 team in the country, and Miami was on the bubble heading into their contest in Chapel Hill tonight. But a back-and-forth contest saw the Hurricanes come out on top.

Miami led by eight at the half, but North Carolina stormed back. After a foul put Miami’s Ja’Quan Newton on the line for two made free throws, Miami had a two-point lead with less than ten seconds remaining. And then this happened:

The officials took a look to confirm, but replays showed the ball was out in plenty of time:

Now, Newton did pretty clearly travel to set up the heave, but hey, sometimes a shot negates that complaint, and this is one of those times. Our bracketologist says that’s enough for the Hurricanes to punch their ticket:

Miami’s going dancing. No question about it now.

What a fun game. College basketball can be good, too, it’s nice to remember, given everything else that’s happening with the sport.