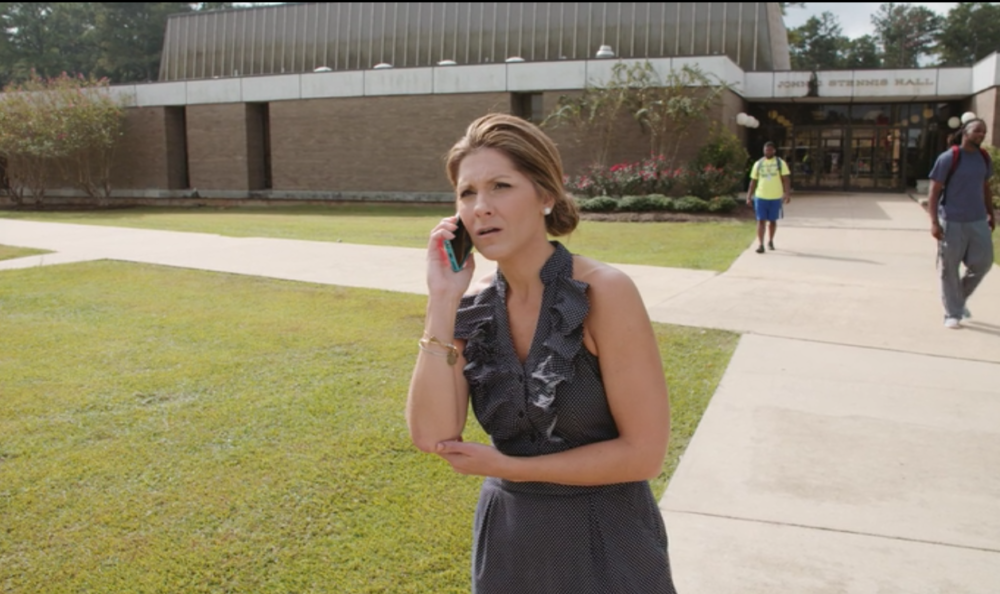 Ever since the first season of Last Chance U came out, academic advisor Brittany Wagner noticed her notoriety grow. Now that notoriety has helped her land a new job as an academic consultant at Madison Heights High School in Michigan. While the second season was released earlier this month, Wagner has since left her position at East Mississippi Community College.

But her kind-hearted efforts through two seasons of the show helping athletes with their academics drew the attention of the Madison district’s superintendent, from The Detroit News:

“Last winter when I watched the first season I really just started to see that a lot of the kids from East Mississippi Community College, a lot of them have similar backgrounds to a lot of our kids,” said Randy Speck, superintendent of Madison District Public Schools, which has open enrollment.

“Our kids are coming from Detroit, Madison Heights, Hazel Park, Warren and some of our kids are going through some different challenges and obstacles…One of the things that spoke to me was (Wagner’s) background isn’t necessarily the same as these kids, but she found a way to connect with them and it’s because she cares and genuinely and authentically wants to see them do well.”

Last month, Wagner also started her own company, 10 Thousand Pencils, to help at-risk athletes like she did at East Mississippi Community College.

While Wagner’s services will be available mostly remotely to all students, Speck, the superintendent, kept giving Wagner deservedly high praise for her work with student-athletes:

“Quite frankly, if (Alabama football coach) Nick Saban wants to get someone eligible, he calls Brittany,” Speck said. “Butch Jones from Tennessee wants to get someone eligible, they call Brittany because they know if they send those kids to that junior college when she was there, she was going to put a plan in place. And if those kids were willing to do the work, they were going to get themselves eligible.

“She has a lot of connections that will really benefit all of our students but it will benefit the student-athlete, no question about that.”

Although Wagner won’t work on-site, her hiring has garnered quite a buzz at the school.