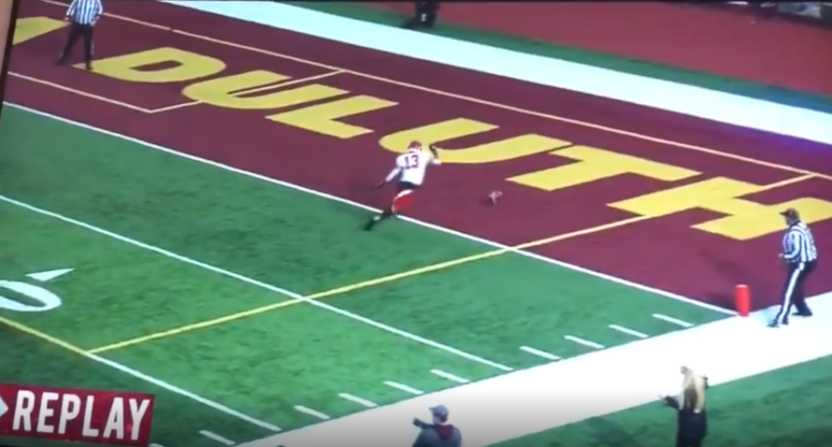 Much of the football world’s attention is currently focused on the NFL kickoff game between the Green Bay Packers and the Chicago Bears, but there’s some lower-division NCAA football going on as well. And a Division II game between the Minnesota-Duluth Bulldogs and the Minot State Beavers produced an incredible highlight. The Bulldogs kicked off after going up 15-0, and appeared set to add a safety after Beavers’ returner Cory Carignan fumbled the kick, but Carignan somehow managed to recover and take it down the field for a touchdown:

THIS IS THE COLLEGE FOOTBALL HIGHLIGHT OF THE YEAR pic.twitter.com/VKtk76beko

That’s a heck of a play, and one that may wind up on a lot of highlight reels. And while that’s been one of the few highlights for Minot State so far, it was an impressive one.