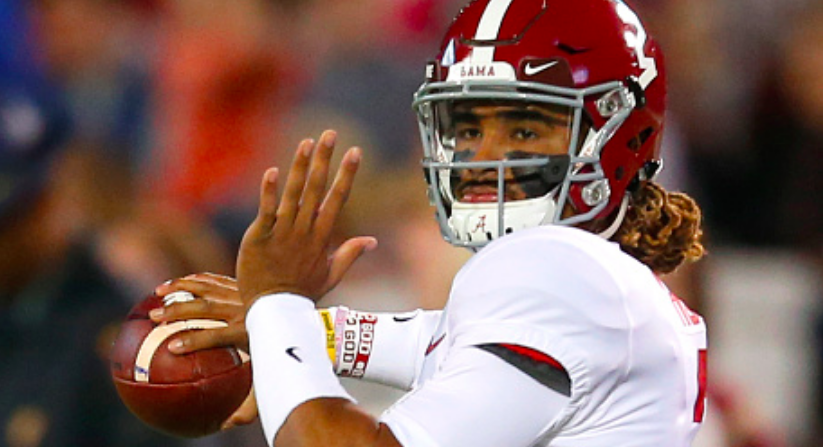 Mississippi State brought the perfect gameplan to challenge the Alabama Crimson Tide. Then again, it’s much easier to game plan a way to beat Alabama than it is to actually pull it off. The Bulldogs had their gameplan, and they executed it almost perfectly.

Mississippi State came in with the plan on offense to slow the game down and move the ball as methodically as it could. With one of the biggest and best offensive lines in the SEC — and certainly the best that Alabama has faced this year — it might be doable. Still, it’s not often that teams manage to push the Alabama defensive line around, but that’s exactly what happened in this game.

The Bulldogs successfully moved the ball consistently. It was slow and methodical, consistently running the ball for three or more yards on first downs. There were some offensive slip-ups — quarterback Nick Fitzgerald overthrew an open deep ball early and Jordan Thomas dropped an easy deep pass — but the overall offensive game plan was incredibly successful.

Ironically enough, the game did not start out that way. Mississippi State came out throwing, and quickly went three-and-out. However, a leaping penalty by Alabama on the punt continued the drive. The Bulldogs punted again, but they managed to flip the field. After forcing a three-and-out by Alabama, the Bulldogs responded by scoring a touchdown after picking up good field possession. After 11 minutes of play, Mississippi State had a 7-0 and run 16 plays. Alabama had only run three.

The game continued like this, though Alabama had more success on offense throughout the game. On the following two drives, Jalen Hurts found Calvin Ridley for huge pass plays that set up touchdowns. The Bulldogs were also able to string together a long touchdown drive in between, and we entered halftime with a 14-14 tie in which Alabama had never led.

The second half continued in the same way as the first. The Bulldogs offense was methodical. The Alabama offense managed a few huge drives, but it also was halted at times. The Bulldogs had a four-point lead and the ball late in the third quarter, but a long drive ended in a field goal. From then on, it was all Alabama.

The Mississippi State defense picked up injuries and was beaten up all night. Eventually, that caught up to the Bulldogs. Alabama gashed them on the ground for a touchdown to tie the game. Then, after forcing a punt, Alabama couldn’t punch it in and missed a field goal. But after Mississippi State went three-and-out, Jalen Hurts led Alabama on a touchdown drive with 25 seconds left. There was a little drama at the end, but eventually Fitzgerald’s Hail Mary attempt went out the back of the end zone, and Alabama survived with a 31-24 win.

Obviously, an Alabama loss would have caused a huge shakeup. No. 1 Georgia already lost this week, in pretty convincing fashion. No. 3 Notre Dame was in the process of getting blown out by Miami. No. 9 Washington lost Friday night, allowing for the possibility of a three-loss champion from the Pac 12. An Alabama loss would have all but assured a two-loss team in the Playoff this year. Instead, Alabama remains on track, and is possibly looking at a Playoff bid regardless of its result against Auburn (that will require seeing next week’s results, though).

This is the second straight week that Alabama has looked vulnerable, though. Last week, the Tide had trouble with its secondary. This week, Alabama’s defensive line was pushed off the ball more than it has been in any game since 2008, really. If/when the Tide make the Playoff, we will have to keep an eye on what their opponents’ coaches try to do. It will certainly depend on personnel and what is available, but there is a lot of tape on this year’s Alabama team for other coaches to take advantage of.

Of course, the same is true of the Iron Bowl in two weeks. Auburn can see how Alabama struggled on the road against both Texas A&M and Mississippi State. Alabama also had issues last week against LSU. Auburn just blew out Georgia, and may very well have the right lineup to take advantage of Alabama’s weaknesses. It will be interesting to watch from here on out, but this year’s Alabama team is definitely less dominant than what we’ve seen the past few years, and that leads to fun possibilities.