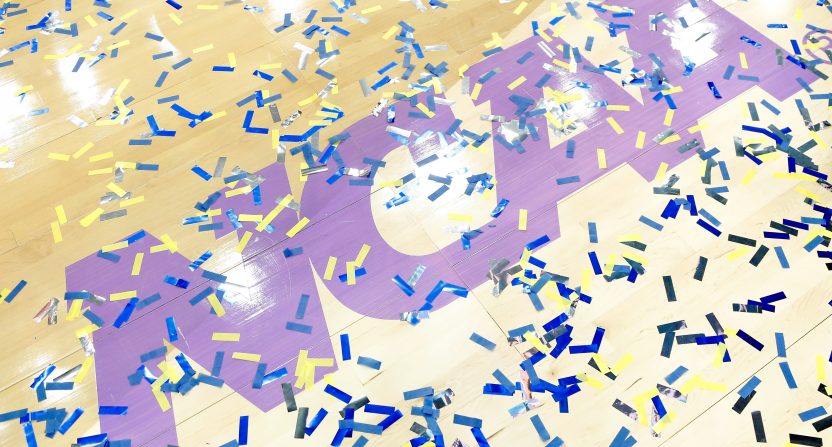 On Tuesday, the NCAA announced more than 600 host sites for different rounds of various Division I, II, and III tournaments that will be held from 2019-2022.

The biggest news came from the 2019-2022 NCAA Men’s Basketball Tournament sites, with North Carolina receiving 1st and 2nd round games in 2020 and 2021, but no regional hosting roles.

The NCAA and North Carolina have battled in recent years over what to do with NCAA events due to the controversial HB2 bill. In early April, the NCAA said it would “reluctantly” return championships to North Carolina after the HB2 bill was repealed. The reluctance stems from the bill’s repeal not overturning some discriminatory provisions.

While the state of North Carolina did receive its share of tournament hosting roles, they aren’t getting anything major, such as a men’s regional, Final Four, or major Division I title games.

In its release, the NCAA states it received over 3,000 bid submissions from NCAA schools, conferences, sports commissions, and cities who wanted to host predetermined rounds for 84 of the NCAA’s 90 titles. 613 sites were rewarded on Tuesday.

“We want to thank everyone who submitted a bid for this cycle of championship site selections and for their continued commitment during the process,” said Joni Comstock, NCAA senior vice president of championships. “We look forward to working with our membership, the cities and local organizing committees who may host for the first time, as well as the groups who will repeat as host sites. I also want to acknowledge and thank the sports committees that reviewed these exceptional bids and made the selections based on providing the best possible experience for our student-athletes, coaches and spectators.”

“Working with our valued host institutions and conferences, as well as sports commissions and cities, to create a great atmosphere for student-athletes, coaches and fans with the men’s and women’s basketball tournaments is our goal every year,” said Dan Gavitt, NCAA senior vice president of basketball. “We’re looking forward to working with the groups that earned preliminary-round basketball sites, as well as the local organizing committees already slated to host NCAA Men’s and Women’s Final Fours.”

43 states won rights to host at least one round of an NCAA Championship and Pennsylvania had the most with 53, followed by Florida’s 51, and Indiana’s 41. The city with the most championship events coming its way is Pittsburghm with 22 preliminary rounds and finals along with the 2018 Division II National Championships Festival.

Here are a couple notable sites and decisions made by the NCAA in their tournament announcement:

2. The 2020 Men’s Frozen Four and 2022 Division I Wrestling Championships will be hosted at the yet-to-be open Little Caesars Arena in Detroit.

3. The 2018 Division III Football Championship will be hosted at the Woodforest Bank Stadium in Shenandoah, Texas. It will be the first D3 title game not played in Salem, Virginia in 26 years.

4. The University of Dayton will host the NCAA First Four “through at least 2022” as it always has since 2001. The U of Dayton Arena has hosted more men’s basketball tournament games than any other facility – an incredible 117.

6. Five of the seven arenas that will host Division I Women’s Basketball Championship regionals in 2019 and 2020 will be hosting the tournament for the first time.