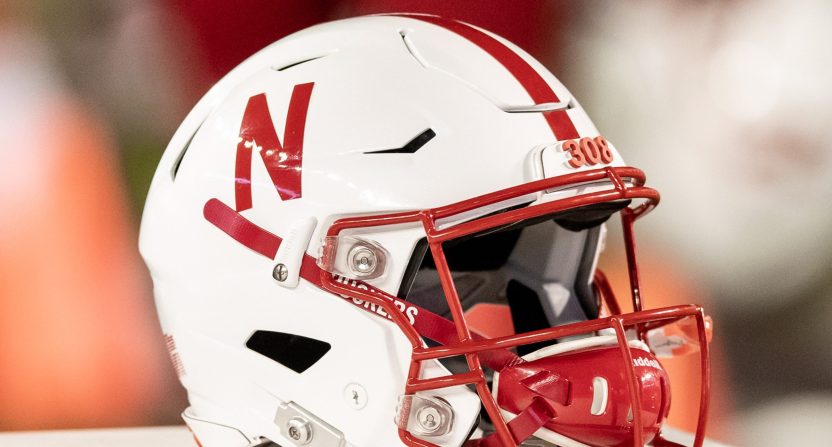 The Nebraska Cornhuskers will be without a key player on their offensive line for the 2023 college football season.

Junior offensive lineman Nouredin Nouili is ineligible for the 2023 season after failing a drug test.

Nouili announced the news Saturday on Twitter and apologized for his “error in judgement.”

“I would like to apologize to my family, teammates, coaches, and Husker fans for my error in judgement. It is an honor to be a part of this football program and represent this university, and I do not take that responsibility likely. Thanks to Coach Frost, our athletic and university administration for allowing me to continue to be part of this program in 2022. I look forward to returning to the field to represent Nebraska in 2023. Go Big Red!”

Nebraska head coach Scott Frost released a statement confirming that Nouili will be able to resume playing football for the Huskers in 2023.

“We will fully support Nouredin Nouili as he continues his academic career at the University of Nebraska. He is an outstanding young man, who made a mistake that will force him to miss the 2022 season and forfeit a year of eligibility. Noure will be a full participant in practice this fall, and we look forward to him resuming his playing career in 2023.”

Nouili is a German native who began his college football career with the Colorado State Rams in 2019 and started seven games that season. He transferred to Nebraska and joined the team as a walk-on ahead of the 2021 season, but he was placed on full scholarship in November after becoming the Huskers’ starting left guard. He started at left guard in the final seven games of the season for Nebraska.

So, this is a big loss to the Huskers’ starting mix and depth on the offensive line for the 2023 season.

And Frost really needs to start turning things around in order to keep his job; Nebraska hasn’t had a winning season — or even a .500 season — over his four years as head coach, with things particularly ugly in a 3-9 2021 season.