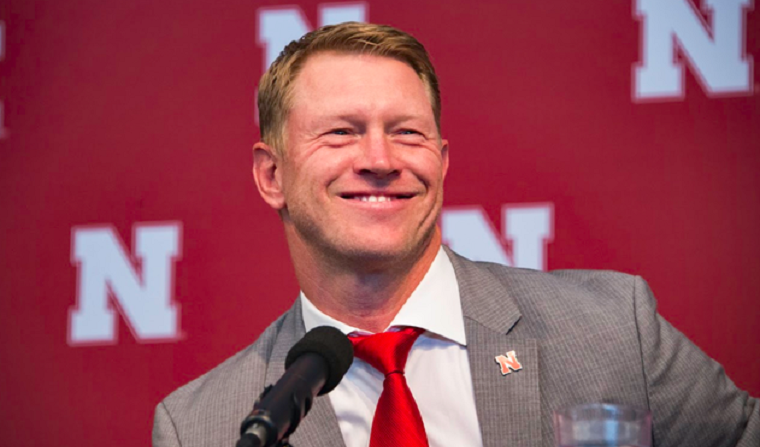 When a college football coach is working the recruiting trail, it is always important to make sure a good impression is made with the recruit’s mother. After all, mother knows best, right? A coach certainly does not want to upset the mom in the recruiting process.

When Nebraska head coach Scott Frost was looking to win over the mother of four-star linebacker Caleb Tannor from Georgia, Frost visited her at her job and immediately pitched in to help her out.

Frost met Felicia Tannor, an elementary school employee, as she was cleaning up a cafeteria. Rather than sit and wait for Felicia to finish what she was doing, Frost jumped into action to help clean up the room, and that willingness to chip in and assist with the job left the impact Frost needed. As reported by Huskers Illustrated:

Frost stopped in to visit with Felicia about her son and Nebraska, but she was busy cleaning up the cafeteria.

“Coach Frost goes into the school and his mom is in the cafeteria and he’s right there helping here stack chairs,” Fisher said. “They were just there stacking chairs. That won the mom over real quick.”

Frost’s effort to impress Tannor’s mom paid off. The Huskers received the commitment of the defensive star on National Signing Dzy last week to help give Frost’s first recruiting class at Nebraska a strong finish. Tannor committed and signed with Nebraska over offers from Auburn and Florida.

So we know that Frost can clean up a cafeteria. Now, can he clean up in the Big Ten West Division?