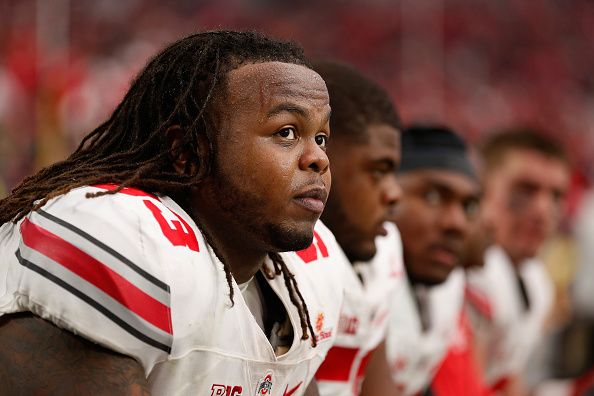 Ohio State University was known for their punishing defense filled with many of the best defensive prospects in the country. One NFL scout told NFL Network’s Daniel Jeremiah he’d trade his entire defense for Ohio State’s right now.

“I was on the phone with (a scout) just the other day … he said, ‘I would trade our NFL defense right now for the Ohio State defense in a heartbeat. I’d do it right now,’” Jeremiah said Friday during NFL Network’s coverage of Ohio State’s pro day. “When you hear that you (think), ‘C’mon,’ but you start going through the three levels of the defense, and even some younger guys that aren’t eligible in this draft class. Oh my gosh, this is a loaded football team.”

OSU may be a loaded football team, but even the worst NFL defenses are filled with the best of the best from college football. Although, plenty of Ohioans believe Ohio State would beat the Browns so maybe there’s something to this.

The statement is hyperbolic and probably doesn’t hold that much merit when you truly think about how ridiculous it is. OSU’s defense is good, but not replace an entire NFL squad good. OSU has some NFL ready prospects, but to replace an entire defense with young rookies and thinking they could mirror even the worst NFL defense is preposterous – although it could potentially provide upside in the future.