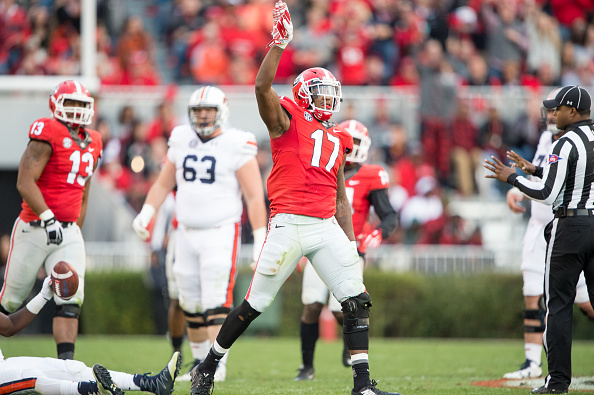 The “Deep South’s Oldest Rivalry” has always been a bit unpredictable. Georgia came into Saturday’s game having won eight of the last ten against Auburn, but the road team has always had a high level of success.

After starting the season 1-3, Auburn had been on fire with six straight victories. The Tigers went from wondering if they would have a new coach in 2017 to wondering if they would win the SEC West. On the other hand, Georgia was heading in the opposite direction. Georgia’s best victory of the season was the opener against North Carolina, but came into Saturday’s contest having lost four of six.

After trading possessions at the beginning of the game, Georgia made the first critical error. The Dawgs’ offense had moved the ball 77 yards down the field, but offensive coordinator Jim Chaney decided to call up a trick play and it ended in an embarrassing interception.

Candidate for Worst Decision of the Year https://t.co/X6xQx4KexT

Auburn took the ball and immediately went on a 15 play drive that went 80 yards and took six minutes off the clock. On that drive, Auburn simply controlled Georgia’s defense and it appeared that they would easily overcome the loss of leading rusher Kamryn Pettway.

Appearances can be deceiving because that drive was the high point of the day for the Auburn offense as they would gain just 74 yards the rest of the game.

With a SEC West Championship showdown against Alabama on the line, the Auburn offense went into hibernation and the Georgia offense controlled the clock and wore down the Tigers defense, much like the Tigers had been doing to opposing defenses.

The play of the game came on the opening drive of the third quarter. Georgia forced Auburn into a third and ten and then Sean White made a critical error and Alabama transfer Maurice Smith made him pay…..

Georgia with the Pick-6! https://t.co/Qf8yk7TZNc

After that play, the high-powered Auburn offense mustered just 32 yards and failed to make a first down for the entire second half. Georgia was able to move the ball on Auburn in the second half and even though they couldn’t get the ball in the end zone, they did enough to win the game. Once again, Georgia kicker Rodrigo Blankenship came up big with two second half field goals that would prove to be the difference in the game.

Give credit to the Georgia Bulldogs. After the teams came out of the tunnel for the second half, it was Kirby Smart’s squad that had the superior game plan and execution.

With the win, Georgia moves to 6-4 on the season. That’s a huge disappointment for Smart’s debut season but the Bulldogs now have momentum, and the big win over rival Auburn is a feel good victory for the fanbase.

For Auburn, they are left scratching their head. Sean White came into the game banged up — rumors of him being at 70% health during the week — but his performance was one of the worst in the SEC this season. White finished 6 of 20 passing for 27 yards and one pick-six. With their season on the line, you had to think Gus Malzahn had more up his sleeves than what we saw from the Auburn offense.

The loss to Georgia not only stings as a loss to a rival, but with the loss, Alabama is now the SEC West champion. Who would have thought that the player that Nick Saban had fought so hard to keep, would end up making the play for Georgia that helped clinch the SEC West for the Tide?