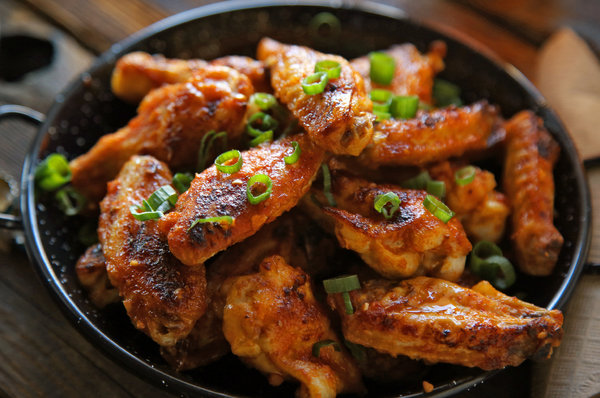 This weekend would have been Final Four weekend but like the rest of the sports world, March Madness had been canceled to help prevent the spread of COVID-19. Because there was no March Madness, other non-sports related things were affected as a result.

Lots of people eat chicken wings while watching college basketball and a month without the biggest tournament in the country has resulted in a lots of wings going unsold and companies not knowing what to do with them.

Bars and restaurants across the country remain mostly open but the vast majority of them are only doing takeout or delivery. With fewer people going out as a result of self-quarantining, fewer people are ordering food and wings are going unsold.

Typically, to prepare for an event like March Madness, popular bar food like chicken wings are prepped and sold weeks in advance to meet the expected rise in demand. Unaware of the worldwide affecting virus shutting down everything in its path, that demand never came.

According to UPI, the cost of wings has gone down from $1.60/pound at the start of March to $1.25/pound wholesale. That sounds like good news for bars and restaurants to get their food at a cheaper price but demand is also down and many places already have wings that they were expecting to sell in the earlier rounds so they have no use or room to store wings that they could buy at a cheaper price.

What happens to all these wings? Companies are hoping that if the price goes lower and lower, someone is bound to buy the stock. Because these are sold wholesale, it’s not exactly packaged retail ready for supermarkets. Unless a supermarket has staff willing to bag the wings, no consumer is looking to buy chicken wings in bulk. So, that’s pretty much out of the question.

Hopefully, a solution can be made so these wings don’t go to waste. Companies can choose to spend the money to freeze their wings and wait to sell when demand picks back up or they can cut their losses and throw them out. It might not be a great idea to choose one place and donate thousands of pounds of wings but hopefully if these companies choose to not freeze their stock, they find a bunch of food banks and donate the wings to those places instead of throwing it all out. That’ll at least help lots of people who might need a meal.