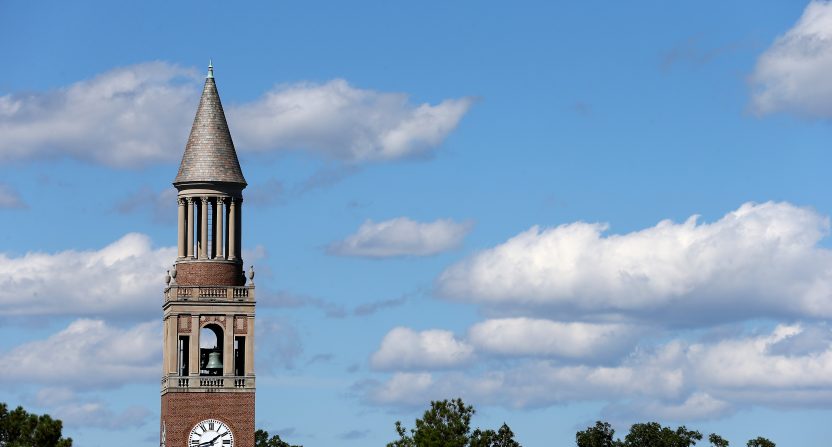 The National Collegiate Athletic Association is obsessive in its quest to keep agents from giving money to college football players, as it would like any money that comes into the system to go to universities and administrators.

The NCAA routinely punishes athletes for getting money from agents and even punished Dez Bryant for lying about having a meal with Deion Sanders when they thought an agent might have been present.

These are dumb rules, because college athletes should not be banned from making money off their talent, when the universities are using that talent to make money themselves.

But what is even more dumb is that the state of North Carolina has created its own law to do the NCAA’s dirty work. In North Carolina, it is illegal for agents to subvert NCAA rules and provide money to college athletes, effectively using the ever-changing definition of amateurism as a legal justification.

That leads to absurd headlines like this: “Agent pleads guilty to giving money to UNC football players.”

Terry Watson, an agent from Georgia, was sentenced to 30 months probation and a $5,000 fine for “giving nearly $24,000 in cash, airline tickets or hotel rooms to (former UNC football player Marvin) Austin, as well as former UNC football players Greg Little and Robert Quinn, to get them to sign with his agency while they still were college players.”

And Watson isn’t the only one who has been charged. Former UNC player and sports agent Chris Hawkins was arrested and charged for similar actions, and he was even held on $300,000 bond. For giving money to college athletes! That’s all!

In the world of college athletics—thanks to 100 years of NCAA propaganda—this seems to make sense. Agents are bad, we’ve been told. So is getting money.

But apply this label to literally any other industry and see how absurd it would be. What about this headline: “Writer Kevin Trahan sentenced to 30 months probation for writing a dumb tweet from The Comeback’s Twitter account, violating company rules.” Why is breaking a sport’s organization’s rules a criminal offense?

There is nothing morally wrong with an agent giving someone money for their talent, and there is nothing morally wrong for accepting that money. Neither of those things damages the public in any way. The only thing this law does is protect universities in North Carolina by deterring agents from helping their players break NCAA rules, ensuring they stay eligible to play for their schools and make those schools more money. It’s a law designed to transfer wealth from those with the talent—the athletes—to those with power.

The job of the state is to protect its citizens, not protect the ridiculous “amateurism” rules of an organization only interested in enriching itself.

As long as “providing money to people who are talented for their talent alone” is against the law but robbing those same people of their right to profit of that talent isn’t, North Carolina better rethink its priorities.