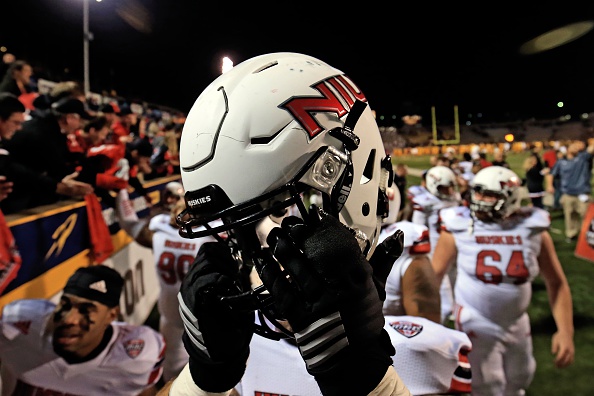 College football games taking place at bizarre, if not amazing, new locales is nothing new in 2016. LSU and Wisconsin will open the season at Lambeau Field in the first ever college football game played there, Virginia Tech and Tennessee will play in the infield at Bristol Motor Speedway the week after, and #MACTion is coming to U.S. Cellular Field in November.

Northern Illinois and Toledo will play there in the “Huskie Chi-Town Showdown” on Wednesday November 9, and the game will be broadcast on ESPN. Why then? #MACTion, y’all.

Here's how the field will look. #MACtion pic.twitter.com/amBAkA2V62

“This is one heck of a venue,” Frazier said. “It’s going to be a fantastic contest. This facility is off the chain.

“It’s about that footprint that’s so key for our alumni base.

“This is tremendous. This is a great opportunity for our student-athletes, our fan base, our institution. It’s the right fit.”

Northern Illinois has around 145,000 alumni in the Chicagoland area.

The White Sox ballpark is getting some new upgrades this offseason, including brand new video boards, which should be primed and ready when the November night comes. This will be the first football game at the South Side Park, but won’t be the first college football game at a baseball stadium in Chicago.

Northwestern and Illinois famously staged their yearly rivalry game at Wrigley Field in 2010, and both teams were only able to drive towards one endzone since the other was too close to the right field wall.

That won’t be happening at the Cell.

“I’m a football purist,” Frazier said. “We’re not going to do anything half-size. We’re going to do it the right way.”