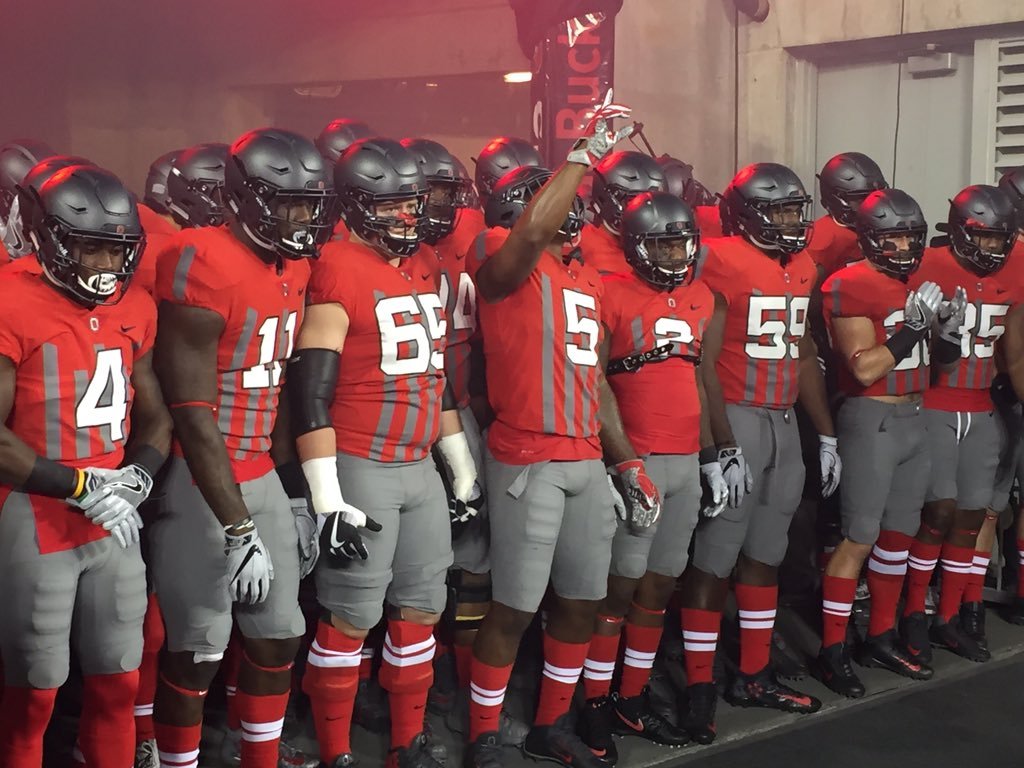 Nebraska came to Columbus looking to make a statement to keep its Big Ten and CFP hopes alive. It left beaten and battered by a much more talented Ohio State team with lofty dreams of its own.

All the chatter coming into last week’s game on the road versus Wisconsin centered around the lack of a true test for the Cornhuskers. A razor-thin loss in overtime in one of the toughest venues in the land, and that narrative seemed to be an expired carton of spoiled milk.

The thought was that this year’s version of the ‘Huskers had turned the corner and were a legitimate threat to take the Big Ten West, get to Indy and have a shot at the College Football Playoff. But tonight, Nebraska was a step or two slow, lacked playmakers on the outside, and got manhandled along both lines to get walloped 62-3.

Yes, I said the score was a whole lot to a few in a matchup of two top ten CFP ranked teams.

The ‘Huskers had no answer for hybrid-back Curtis Samuel who had 178 yards from scrimmage, including this 75-yard catch and ramble for a touchdown that put OSU up 38-3 early in the third quarter.

That’s not where things went off the rails though. That all seemed to go-down straight off the bus.

On Nebraska’s first possession, Armstrong dropped back on third down and fired a tipped ball right into the hands of the OSU defense for a get-ahead pick six. Just less than two minutes into the game and Nebraska was already swimming up-stream.

It didn’t help that the ‘Huskers lost their start QB Tommy Armstrong to a scary injury in the first half (thankfully he’s okay), but the game was well on it’s way down the toilet before then.

Technically speaking, it’s still alive in the Big Ten West, but realistically, this team is still far, far away from the Nebraska of ‘yore that belonged among the blue-bloods of the sport.

But let’s give credit to Ohio State too.

There have been many write off the Buckeyes’ chances of getting into the College Football Playoff because of the last few weeks. Starting with the Indiana game, OSU has shown some warts in the passing game, and ultimately in putting opponents away.

There was the close shave in Madison, followed by the 3-point loss to Penn State on the road because of some special team gaffes, and a stuck in neutral type of performance last week, at home, against an inconsistent Northwestern squad.

Tonight though, Ohio State found it’s early season form. The offensive line was sharp in pass protection, Barrett was able to progress through his reads and complete a bevy of intermediate throws, and the defense scored two pick-sixes and held Nebraska to its lowest point total since November 13 of 2004, when Oklahoma beat the Cornhuskers 30-3.

With the impressive win, OSU stays right between the guardrails to still reach all of its lofty goals. If this season has shown us anything, it’s that it would be premature to consider the next two weeks a shoe-in, but games at Maryland and Michigan State certainly look to be a far from daunting before the big one against Darth Vader right along-side some left-over turkey and pumpkin pie.

As long as Michigan makes it to Columbus without a blemish, and Ohio State finds a way to stain and rip the khakis of Jim Harbaugh, then off to Indy it goes for a shot to elbow its way into the College Football Playoff.