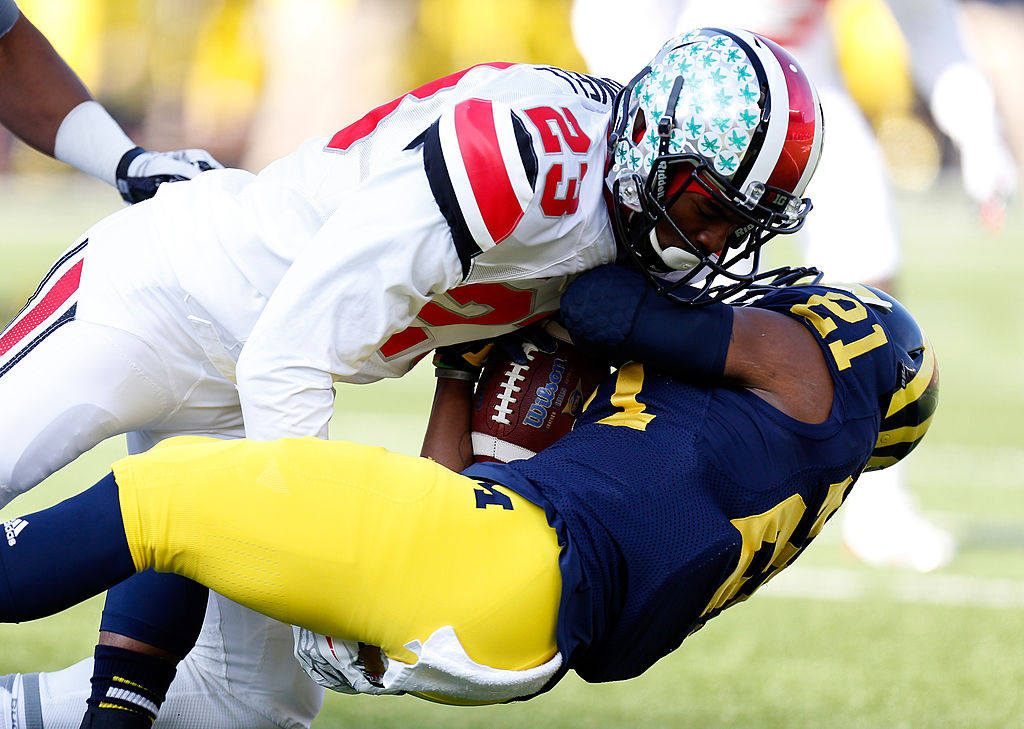 The Ohio State-Michigan rivalry is one of the most intense in all of sports. And the rivalry goes way beyond just football. Legendary Buckeyes head coach Woody Hayes is famously attributed to saying that he would rather push his car across the state line if it ran out of gas rather than pay a nickel to the state of Michigan.

And now we have another incredible tale about the depth of the Michigan-Ohio State rivalry that might help it make the case as the biggest in all of sports.

The Columbus Dispatch tells the story of Zach Lawrence of Dublin, Ohio, a suburb of Columbus. Lawrence tragically suffered brain injuries from a car accident while on a business trip in Europe. However, back in Columbus Lawrence is showing steady signs of progress.

The most notable? He was able to cognitively respond to the question of whether or not he liked Michigan.

While recuperating at Dodd Hall Rehabilitation Center at Ohio State University, the Dublin resident was given one button to push for “yes” and another to push for “no.”

Lawrence immediately pushed the “no” button. And then — just to make sure everyone had heard him the first time — he pushed it again.

“He always makes a face when we mention Michigan,” said his wife, Meghan. “We’re pretty sure he’s in there.”

While the Michigan-Ohio State anecdote is pretty amazing, it really is just a footnote in Lawrence’s larger story. The Ohio native is making much more encouraging progress in recovering from his injuries when at first his condition seemed bleak.

That’s a far cry from where they thought he’d be. When Lawrence returned to the United States on April 19, the family was told “that chances of him waking up were pretty slim, pretty much nonexistent,” Meghan Lawrence said. Doctors kept expectations low: The family was told they could expect to turn off Lawrence’s feeding tube within six to 12 months.

But four months later — thanks in large part to the OSU rehab facility — Lawrence is making progress.

He’s starting to make sounds. He is opening his eyes, and keeping them open more and more. He smiles at his children. He can give a thumbs up. His therapists help him stand on a treadmill. They use electronic stimulation to get the messages moving from his brain to various parts of his body. He can hold a crayon or a pencil, so when his children, Adrianne, 6, and Donovan, 4, come visit, they sit and color with him.

Hopefully Lawrence continues his miraculous recovery and he’s able to enjoy another edition of The Game this fall when Urban Meyer and the Buckeyes look to continue their recent dominance over the Wolverines.