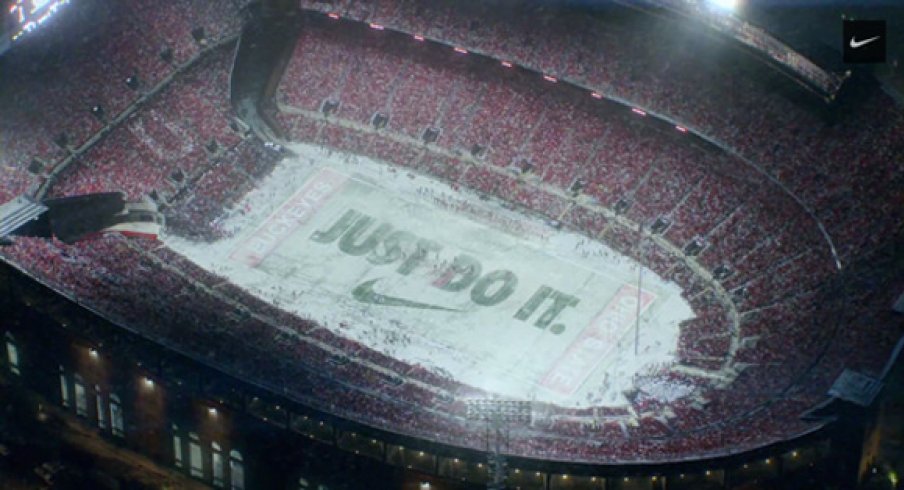 Ohio State and Nike have agreed to a 15-year, $252 million deal to keep the Buckeyes adorned with swooshes for a decade and a half.

Here’s part of the university’s news release on the new deal, courtesy of Cleveland.com.

The Ohio State University and NIKE have set a new standard for how a collegiate contract can benefit the entire student body.

Examples of benefits beyond athletics include monetary support and products to enhance the student experience, a significant endowment for student scholarships and NIKE internships for both athletes and non-athletes.

“The comprehensive nature of this partnership is a win for all Ohio State students,” said university President Michael V. Drake. “The expanded commitment by NIKE will support access, affordability and excellence for Buckeye students and student-athletes across our campus.”

Of course, Ohio State was not going to sign this deal unless it was bigger than the one signed by a certain school to the north.

Michigan deal with Nike is worth $15.3M in cash & product a year.

Ohio State's new deal, according to report, would be worth $16.8M a year.

The deal, which kicks in when the current on expires in 2018, is narrowly bigger than the 15-year $250 million deal Nike agreed to with Texas in October. With Under Armour emerging as a threat to Nike’s athletic-wear supremacy and everyone rushing to get a piece of the college sports cash flow, these deals should continue to bigger and bigger.

Ohio State has been wearing Nike jerseys since 1996, according to Fox Sports, and has a special deal with LeBron James that grants the basketball program unlimited LeBron sneakers. Nike has recently experimented with alternate uniforms for the Buckeyes’ football team, outfitting Urban Meyer’s team in some polarizing all-black digs in October.

The Ohio State wide receivers and tight ends take the field in the all black uniforms https://t.co/u2q3p0O46x

If Nike is willing to pay this much to keep Ohio State wearing their logo you had better bet the apparel company is going to want to show off its uniform-designing chops again in the future.

One thing not included in Ohio State’s release about the new deal: how much extra the Buckeyes players will be compensated thanks to this huge new deal they helped drive. Oh, right that’ll be zero dollars and zero cents.