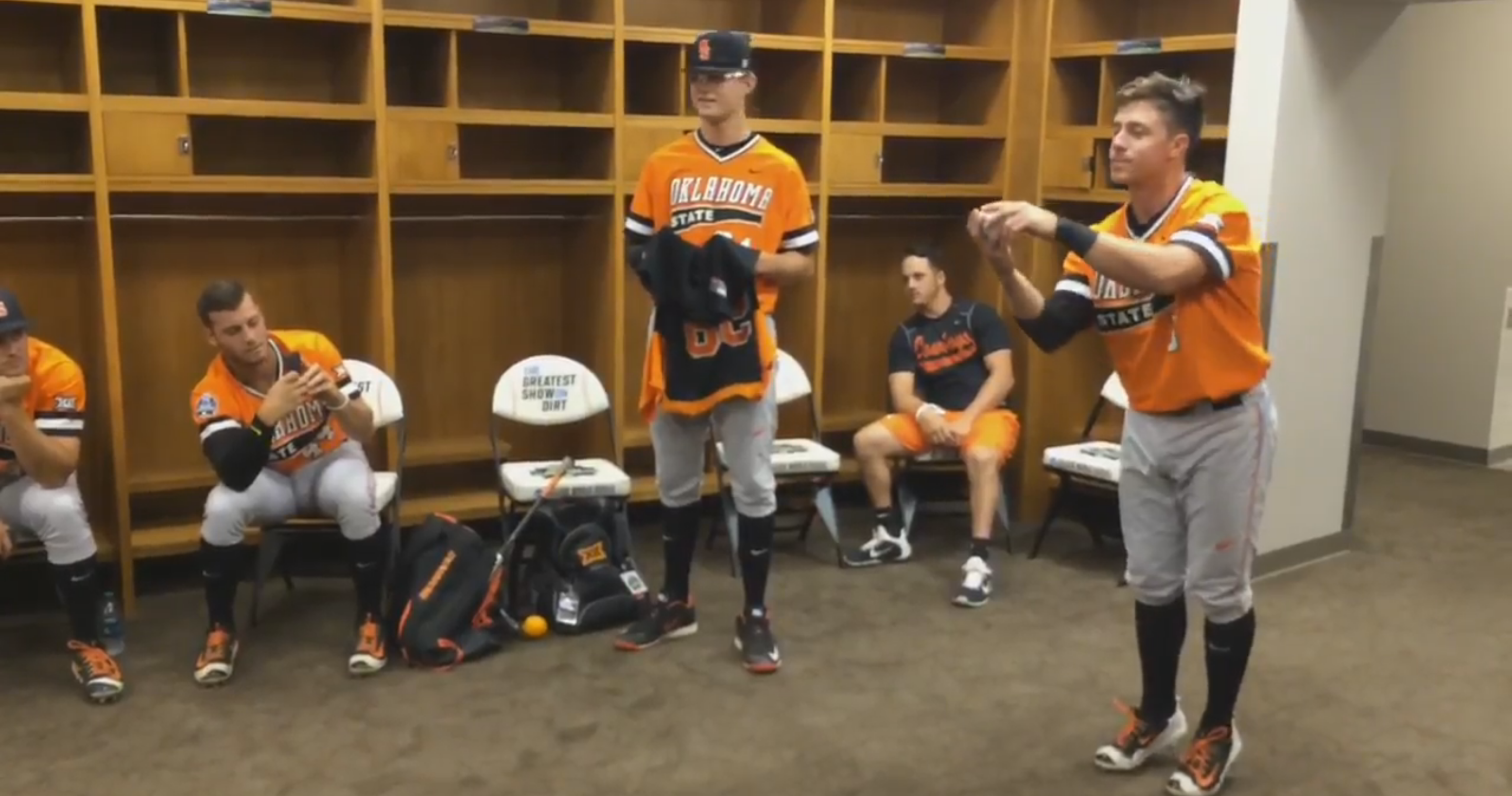 During baseball rain delays, teams need to do something to keep them active and pass the time. Professional teams aren’t very creative, because, well, they’re professional and have contracts on the line. College teams however, now that’s a different story.

Oklahoma State is in the College World Series and was slated to face Arizona on Monday night. When the game went into a delay at the start, OSU traded in its baseball cleats for bowling shoes.

The scene in the #okstate clubhouse during @NCAACWS delay. @DWalt05 rolls a strike, @davepetrino6 is the pin cleaner pic.twitter.com/krQYfb1itU

That was a great roll by Donnie Walton, but an even better performance by David Petrino, the man in charge of clearing the fallen pins.

Oklahoma State’s teamwork translated onto the field during the actual game, when they defeated the Arizona Wildcats 1-0 to move on to the College World Series Semifinals. The Cowboys are now off until Friday while they await the winner of UC Santa Barbara and Arizona, who will play tomorrow. OSU has already beaten both teams 1-0 in Omaha.

As for the bowling, this isn’t the first time a college baseball team has made headlines for rain delay theatre.

Back in 2009 during the Big East baseball tournament, USF and UConn were in a rain delay and decided to have an incredible dance off.

Just this past February, Delaware State and Georgia Washington were in a rain delay. To pass the time, the two teams traveled back in time for a traditional, or maybe not so traditional, jousting match.

And of course at every level we’ve seen some good slipping and sliding.