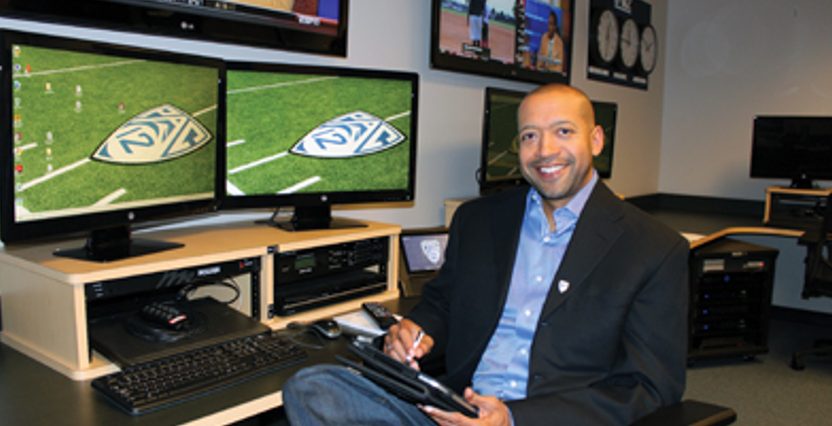 The Pac-12 has publicly fallen on its face plenty of times, especially when it comes to the availability of its conference network, but the latest comedy of errors surrounding the conference is more akin to Sideshow Bob repeatedly stepping on rakes. This all stems from a play in the third quarter of the Washington State game at USC on Sept. 21, where Trojans’ quarterback JT Daniels went to a knee and was down, but was leveled with a helmet-to-helmet hit from Cougars’ linebacker Logan Tago. That drew a roughing the passer penalty and a review for targeting, but targeting wasn’t called. And that’s led to an amazing sequence of events.

Yahoo’s Pete Thamel reported Wednesday night that both in-stadium replay officials and officials at the conference’s command center in San Francisco ruled it targeting, but as per an internal replay report written later by booth official Gary McNanna, they were overruled by “a third party.” Thamel’s reporting confirmed that the third party in question was Pac-12 general counsel and senior vice president of business affairs Woodie Dixon (seen above in a 2012 Pac-12 photo used in a Sports Business Journal profile), who is not a trained official. And the non-targeting call led to plenty of criticism from ESPN analyst Greg McElroy, who used “shocked” and “surprised.” The key section of the report can be seen here, via Yahoo: 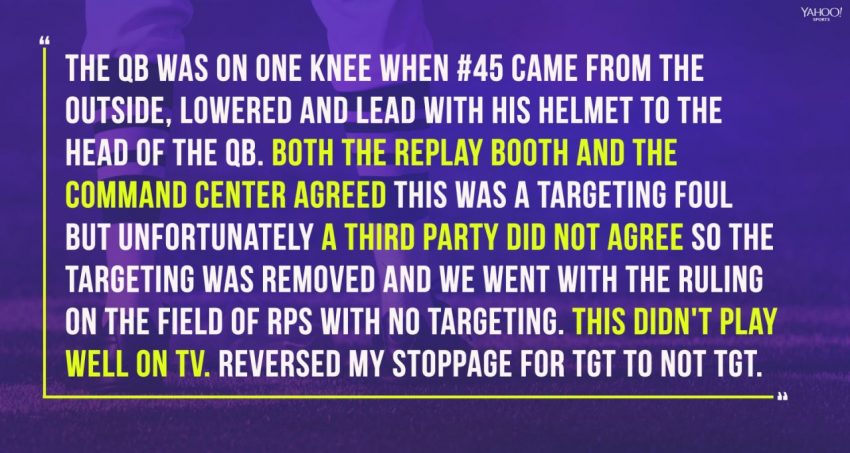 Here’s the play in question:

So, yeah, that’s not a great look for the conference. (Oh, and while it’s not related to this, can we just note that Tago is the same guy who received Washington State’s Fall 2017 Community Involvement Award for completing court-mandated community service, which he was ordered to do as part of a plea bargain to avoid a felony robbery conviction?) But the best part of the whole thing comes from Pac-12 commissioner Larry Scott’s response Thursday, where he said that Dixon wasn’t trying to tell the officials what to do, even though they thought he was:

Scott says conference leadership will have no involvement with real-time decision making re: replay reviews. Effective this weekend. Will have a longer term review.

Scott says Dixon thought he was only giving his opinion on the call. Replay officials thought this was a directive.

That’s just amazing. And sure, it’s good that Scott’s admitting the mistake and coming up with a procedure to fix it, but it’s also interesting that the conference commissioner claims he had no idea this was happening, or that his officials were snarking it in reports, until Thamel reported on it.

Larry Scott: “What’s been reported was of significant concern to me. It was new information to me."

Real great conference you got going there, Larry.