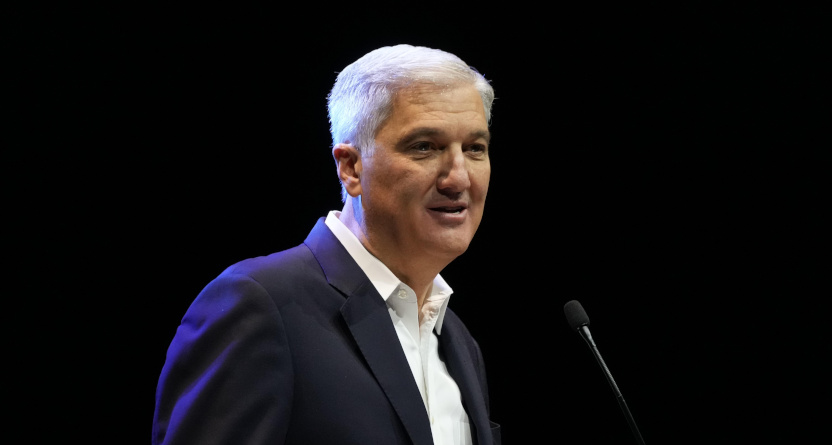 While there are plenty of vicious moves in college conference realignment, it’s rare to see conference commissioners openly discuss that another conference might be a target for them to raid. That’s at least partly what Pac-12 commissioner George Kliavkoff did at Pac-12 Media Day Friday, though. A reporter asked Klaivkoff a question of “What gives you confidence that the 10 remaining schools are going to stay in this conference?”, following a prelude that referenced an “open for business” comment from Big 12 commissioner Brett Yormark and a comment from Big Ten commissioner Kevin Warren that that conference might look to expand further as well (after previously taking USC and UCLA from the Pac-12). And Kliavkoff responded with quite the remark about Yormark’s comment: 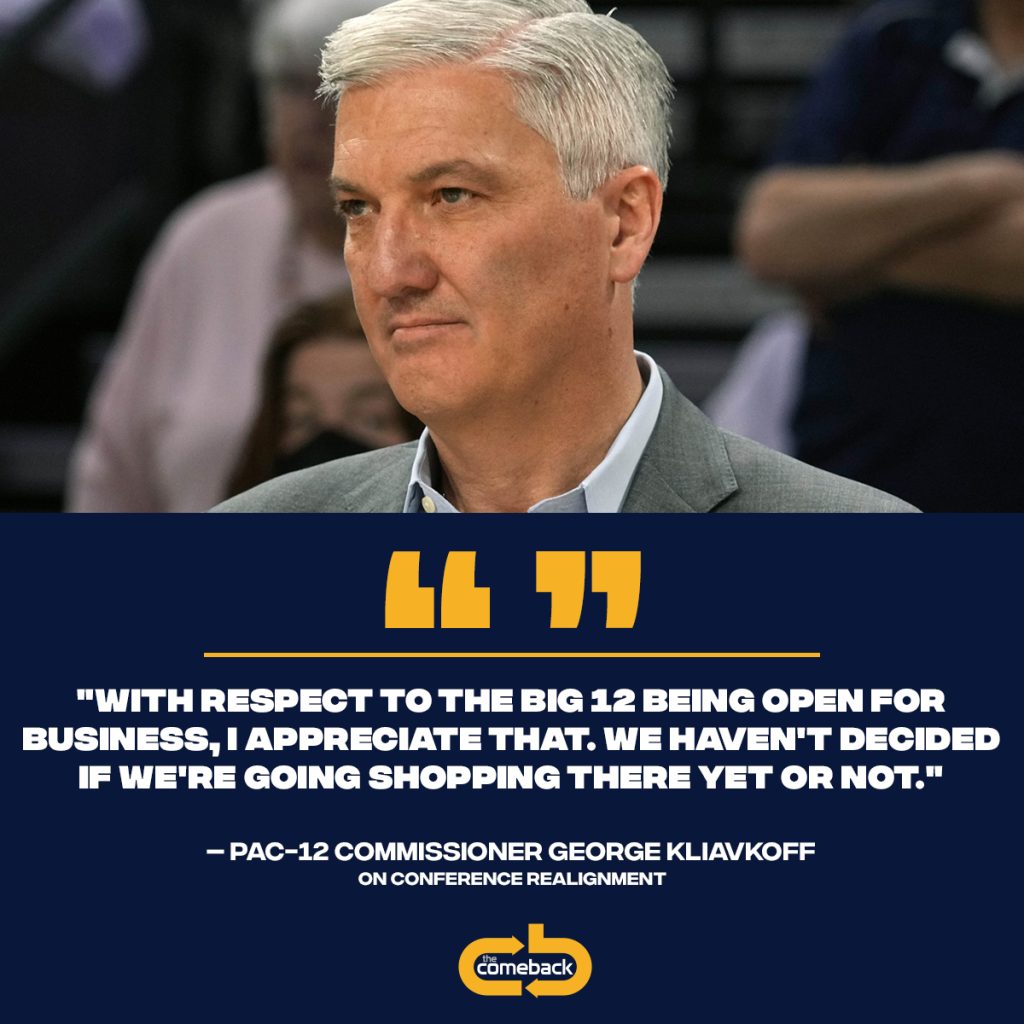 Pac-12 commissioner George Kliavkoff: "With respect to the Big 12 being open for business, I appreciate that. We haven't decided if we're going shopping there yet or not." pic.twitter.com/CnIken1uwx

The second question there is “Do you think the days of trying to be collegial when it comes to expansion are over?” That led to quite the response from Kliavkoff:

“I hope they’re not over, but they’re certainly harmed. That remark was a reflection of the fact that I’ve been spending four weeks trying to defend against grenades lobbed in from every corner of the Big 12, trying to destabilize our remaining conference. I understand why they’re doing it. When you look at the relative media value between the two conferences, I get it, I get why they’re scared. I get why they’re trying to destabilize us. I was just tired of that. Yeah, that’s probably not the most collegial thing I’ve ever said.”

Twitter had quite the reactions to Kliavkoff’s remarks. Some saw his discussion here as a sign of insecurity, especially with his claim that the Pac-12 media rights are stronger (they are not currently in terms of per-school distributions, and it’s unclear what both conference’s media rights will look like in the next round with so much uncertainty about who’s even in each conference):ere’s the specific discussion of “grenades”:

Kliavkoff is clearly nervous about the Big 12. You don't make those comments unless there is some fear there and then choose to take the high road elsewhere.

Kliavkoff's body language sucked. He was visibly angry and rattled.

He can only say so much. Basically said he trusts the schools and what they're saying

Pac-12 is going to try to get Apple, Amazon, Hulu involved. Only path to survival.

Kliavkoff has done a great job over the last hour of eroding any belief the P12 is going to survive this.

Pac-12 Commissioner George Kliavkoff's comments about the Big 12 on Friday came off as desperate and defensive… https://t.co/I1fDeRiAvH

George Kliavkoff when he hears someone say the Big 12 is better than the Pac-12 pic.twitter.com/bWY8uCXx2K

Others weren’t impressed with his specific target of the Big 12:

Can someone explain why Pac-12 commissioner George Kliavkoff is seemingly MORE upset with the Big 12 instead of the Big Ten… ya know, the conference that actually poached his two teams and cost his league hundreds of millions of dollars?

Bold choice by Pac-12 commissioner George Kliavkoff to try and attack the Big 12 and not the Big Ten — the conference that already took two of its members, maybe more.

Kliavkoff sees the Big 12 as a threat, which should mean it is in a good position for the future.

And some took exception to his claim that now is when “collegiality” has been lost, considering some of the nastiness in previous rounds of realignment:

Bingo. Kliavkoff's "up until very recently everything was great" should be read "I was fine with everybody stabbing each other in the back until I got stabbed" https://t.co/e8riQ3gtkw

But there were also just a lot of comments on how rare it is to see a sitting commissioner publicly target a specific other conference as a potential source of expansion:

Probably won’t mean much in the long run, but love Kliavkoff taking the gloves off with the Big 12. They are the only power conference to a) never win a playoff game & b) only put one team in the playoff. And that team is leaving.

George Kliavkoff talked Friday with the gloves off and zero punches pulled. https://t.co/exzsnM04Qb

We’ll see what this leads to for Kliavkoff and the Pac-12.