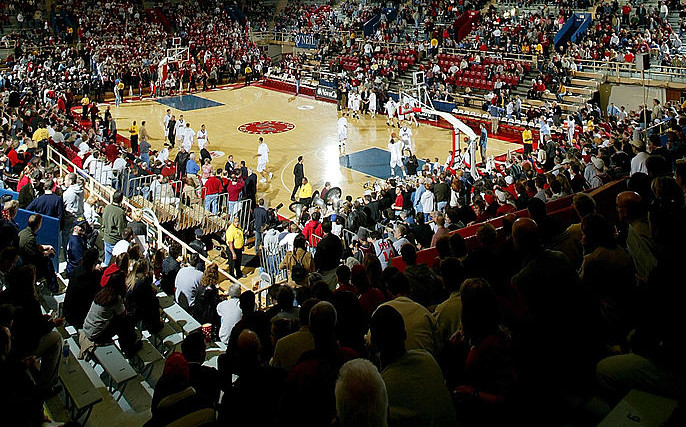 As soon as the NCAA announced it would be pulling NCAA-sanctioned events out of North Carolina due to the state’s controversial HB2 laws, Pennsylvania Senator Bob Casey started making his sales pitch to use his state to come to the rescue.

According to Jonathan Tannenwald of Philly.com, the Pennsylvania senator wrote a letter to NCAA president Mark Emmert to try and convince Emmert why the NCAA should relocate a number of NCAA events to the Keystone State. In it, Casey lauds Pennsylvania’s ability to host big events and rattles off some more recent ones like the Little League World Series, the Democratic National Convention, and the Papal visit. He unfortunately neglected to mention Wing Bowl.

The letter is fairly generic and offers no real specific options like which city would be best suited to host certain events like the men’s basketball tournament. This is notable because Pennsylvania would be very well suited to host NCAA Tournament games in 2017 now that North Carolina is no longer an option. Pittsburgh and Philadelphia have each hosted tournament games  in the past, and a push to bring the NCAA Tournament to one of the holiest of basketball cathedrals, The Palestra, is already underway.

“The spot so many refer to as “the birthplace of college basketball” is the very best candidate for a replacement venue this season,” CBS Sports writer Matt Norlander suggested yesterday. “No gym (other than Dayton’s) has hosted more NCAA Tournaments than the Palestra’s 14. But it’s been two generations since the historic hoop house had hosting honors. The last time the Palestra was part of the tournament was in 1984, when it hosted three play-in games for teams vying for 11 and 12 seeds. It hasn’t been part of the NCAA Tournament with full-site duties since ’78.”

There are reasons why The Palestra has not been considered recently. First of all, the size of the venue is small compared to what the NCAA tends to go for these days. Sure, it would be majestic to see tournament games played in this timeless venue, but the NCAA also has to consider Philadelphia has another venue in the city that will seat the NCAA executives much more comfortably in the Wells Fargo Center. Plus, seeing that boring watered-down NCAA Tournament basketball court on The Palestra would be a sin against all basketball humanity.

Regardless, Casey is likely not the only senator looking to make a pitch to the NCAA to bring more NCAA events to their home states. Every senator should be making similar pushes to help boost the economies in their home states. Pennsylvania, though, might have a pretty good chance to take advantage of North Carolina’s loss.