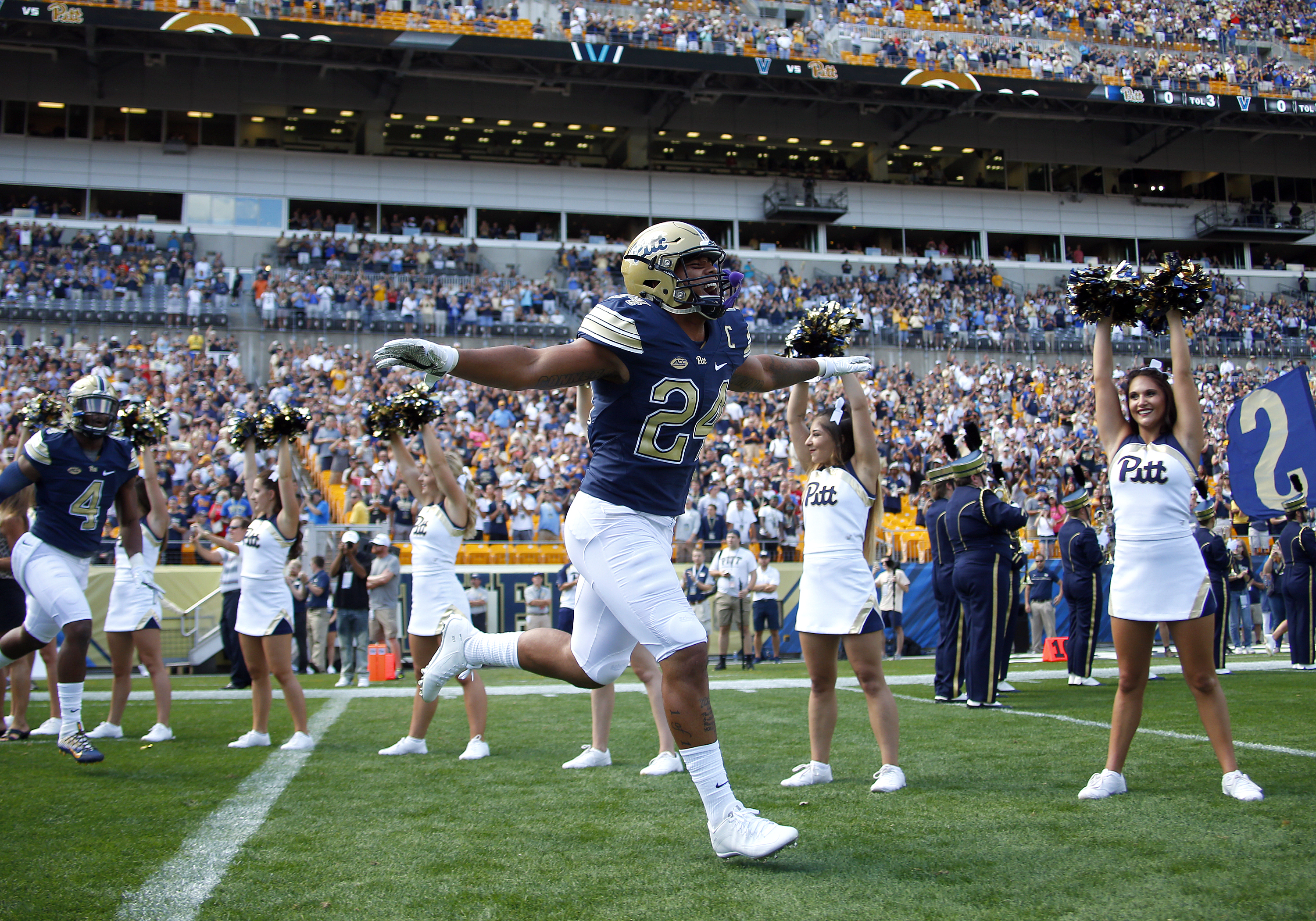 One of the absolute best feel-good stories of the college football season unfolded Saturday afternoon in Pittsburgh.

Pitt running back James Conner, who recently won a battle with Hodgkin’s Lymphoma, led his team onto the field and scored two touchdowns against Villanova in his first game back since taking a leave of absence to focus on his health last fall.

Blessed to be back at it… #GameDay

Here’s Conner leading his team back out onto the field.

The emotionally uplifting score came midway through the second quarter, and was the first score of the season for the Panthers.

When is a TD worth MORE than 6 points?

Conner ended his game with 17 rushing attempts for 53 yards and three receptions for 16 yards and a receiving touchdown in a 28-7 victory. After the game, Conner received some words of encouragement from around the football world.

Congrats to my boy @JamesConner_ u deserve everything coming you way ! Llama a Dios

@JamesConner_ he's back proud of you bro true inspiration.

.@JamesConner_ keep doing what you do sir, we are proud! #H2P

If your not a @JamesConner_ fan then you're not a human! Been thru a lot but accomplishing even more! congrats on the 1st TD #keepthriving