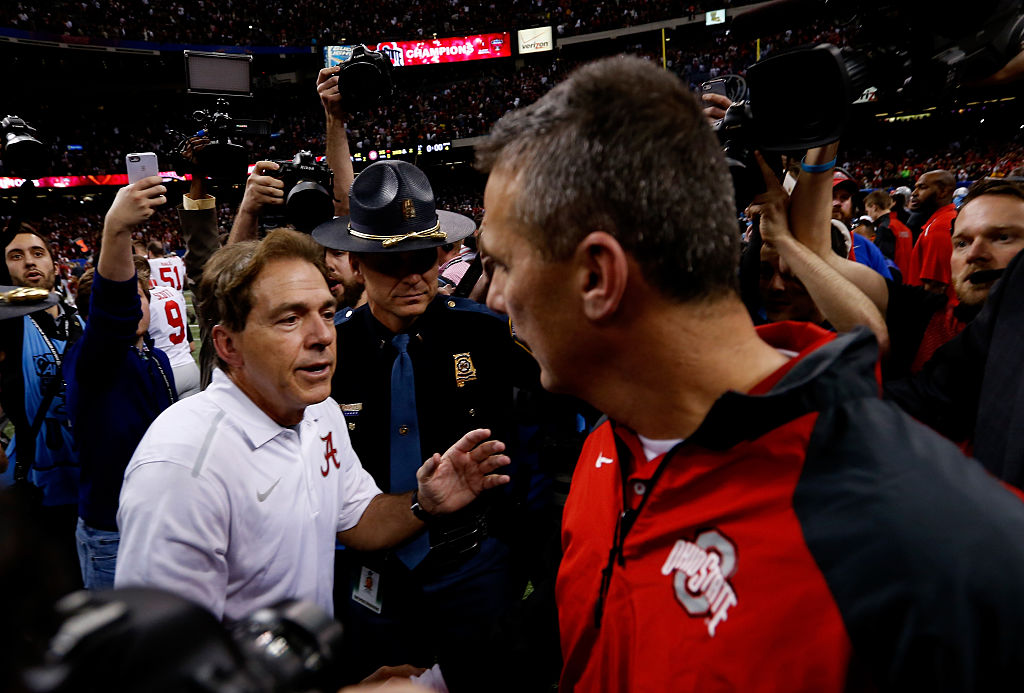 On Wednesday, the Chronicle of Higher Education shared snippets of an unpublished Vanderbilt study that examined 900 college football coaches’ contracts over the past 20 years. The report’s broad conclusion: It’s nice to be the guy with the whistle.

The researchers’ most notable finding regarded the dramatic increase in compensation for college football coaches in recent years.

1. Coaches’ compensation has climbed faster than corporate chief executives’ pay in the past eight years.

From 2005 to 2013, the average fixed pay for head football coaches at the highest level of the National Collegiate Athletic Association, the Division I Football Bowl Subdivision, more than doubled, to nearly $1.6 million, according to Randall S. Thomas, a business and law professor at Vanderbilt, and R. Lawrence Van Horn, an associate professor of management at the university.

Total compensation for coaches climbed nearly 13 percent a year during that time. Pay for corporate chiefs increased 3.5 percent per year, the researchers found.

The study also found that coaches’ deals are increasingly laden with perks ranging from country-club memberships to skybox access and incentives based overwhelmingly on team performance, not academics. Meanwhile, schools are making major concessions to coaches, agreeing to clauses promising not to “de-emphasize” football, for example, and paying larger buy-outs than ever when they decide to say good-bye. 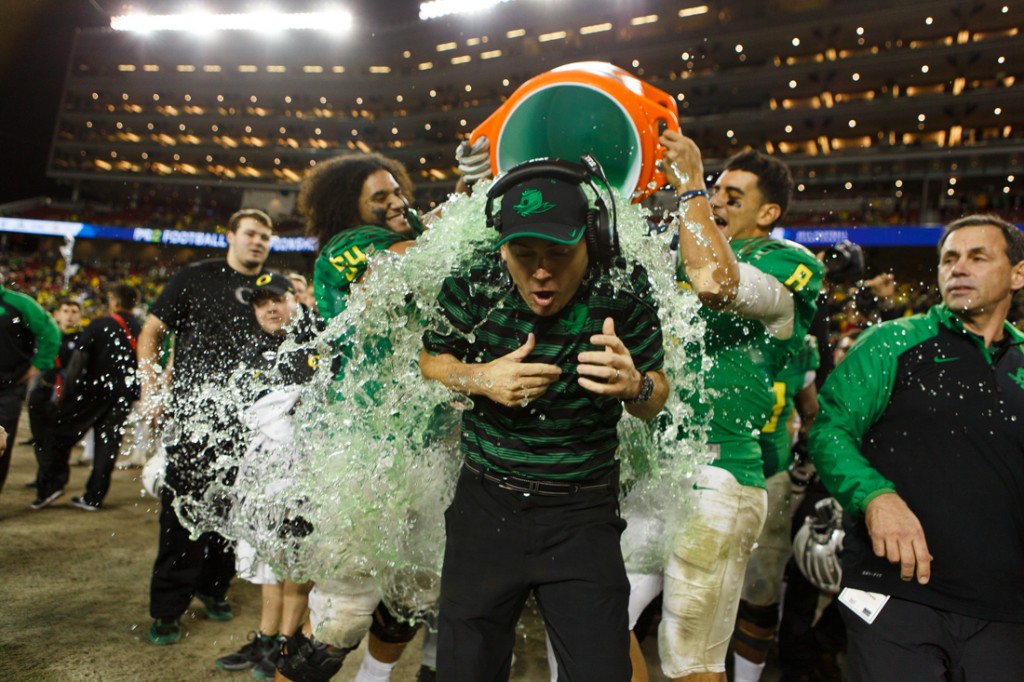 The obvious implication of these findings is that football coaches have more leverage than ever in the world of college athletics. Schools seem to be tripping over themselves to keep coaches happy and wealthy, as if they’re looking for places to spend their money, which… come to think of it they are.

As we all know, college sports bring in billions of dollars of revenue each year, through ticket and merchandise sales, television contracts and advertisements. And since only a tiny fraction of that revenue goes toward players (in the form of scholarships, plus food, travel and other expenses) there’s plenty of dough to go around. That’s why bowl presidents have money to blow on strippers, why school presidents live in giant houses, why stadium upgrades never cease, and yes, why coaches are paid like move stars.

It’s simple economics: Big-time athletic departments have financial incentive to build strong football teams, and the best way to do that is to invest more in their programs. As the system currently exists, schools cannot improve their teams by spending more money on players, so they spend more money on the things that attract players, namely facilities and coaches. Schools pay for better players by paying for better coaches to find those players. By rule, the money can’t funnel down to the players, so it stops at middle-management.

As long as players don’t get paid, coaches certainly will.