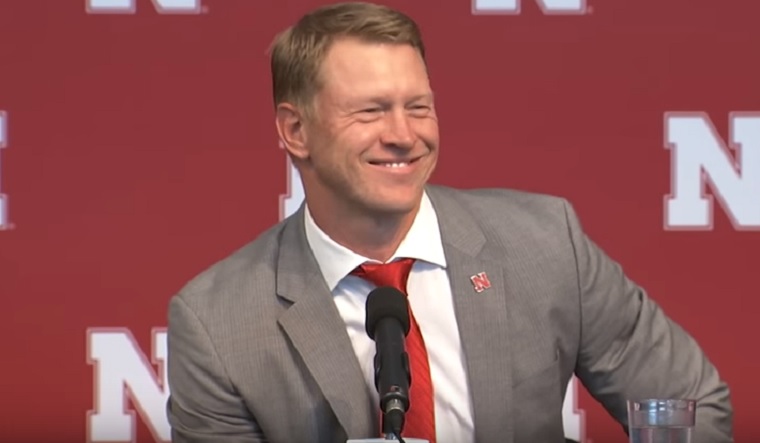 A grand total of 20 coaching changes have taken place in college football during the 2017 season (and postseason). For the moment, it seems the dust has settled, although the NFL coaching carousel could get the carousel spinning again if a coach leaves to take an NFL job.

But if we are done playing coaching musical chairs this season, it is time to rank the new hires across the college football landscape.

As it became increasingly clear that Mike Riley was not equipped for the job in Lincoln, Frost was racking up all the points and wins he could with UCF en route to an undefeated regular season, AAC championship and a spot in the Peach Bowl. With Frost being a Cornhusker in his blood, this was a ridiculously easy call for Nebraska. Not hiring Frost would have been considered a fireable offense for new athletic director Bill Moos.

The big ticket prize of this year’s coaching carousel. The Aggies have invested great amounts of money into their football program since moving to the SEC, which continued with a massive contract for Jimbo Fisher that he would have been crazy to turn down to stay at Florida State. Hiring Fisher may not lead to instant SEC championship runs, but if the long-term goal is to lead A&M to an SEC title after Nick Saban retires at Alabama, that could work out quite well. (That is, until Alabama hires away Dabo Swinney from Clemson to become another obstacle for Fisher.) Texas A&M is the only program to hire a head coach with a national championship ring as a head coach. The pressure is already on for this move to work out.

It may be fitting that the next best coaching hire came from the school that lost Fisher to Texas A&M. Florida State’s sudden vacancy was the calling for Willie Taggart to come back to the Sunshine State after just one year at Oregon. The hire has not been widely praised just yet, with many focusing on Taggart’s overall coaching record. But a deeper dive beyond the wins and losses shows a pattern at multiple stops of improved play wherever Taggart goes, and the programs he has left behind have been in much better shape after his departure. Fortunately for Florida State, there are not many jobs that could open up that will be enticing enough to lure Taggart away.

After a long run at Mississippi State and developing the Bulldogs into a top 25 program, Mullen is returning to Florida where he once coached as an assistant and helped mold Tim Tebow. The coach who tutored Tebow and Dak Prescott should help Florida finally get an offense in gear. Mullen is the most accomplished head coach hired by Florida since Urban Meyer, and that hire worked out pretty well in Gainesville.

Nebraska had the easy hire. Texas A&M had the big money hire. But UCLA had the splashy hire of the coaching carousel by bringing Chip Kelly back to the west coast and the Pac-12. Chip returns to the conference that has grown up and evolved since his last season as Oregon’s head coach with improved talent and coaching across the conference and USC no longer tied down by sanctions. As Luke Skywalker suggested to Rey in The Last Jedi, this may not go the way they think. But I like this hire a lot and have felt for a long time it was the perfect spot for Kelly to return to the college game. 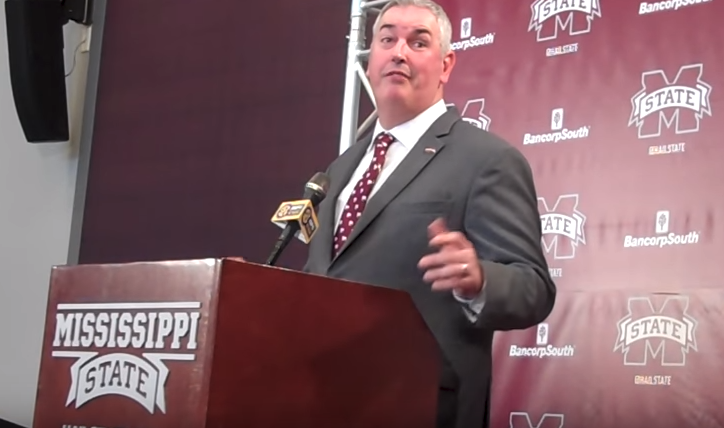 There may not be a more suitable replacement for Dan Mullen at Mississippi State than Joe Moorhead. After two seasons of breathing new life into Penn State’s offense, Moorhead returns to head coaching and brings an offensive identity that should translate quite well at Mississippi State. The Bulldogs’ new man in charge has some head coaching chops from his time leading Fordham. This should be a nice, smooth transition.

Chad Morris did a good job getting SMU out of the rubble of college football and to a spot where it can reach a bowl game (and let’s just not mention SMU’s bowl game just yet). At Arkansas, the Razorbacks should be more creative with the offense in due time after years of regression under Bret Bielema’s run.

Replacing Scott Frost is no easy task for UCF, but Missouri offensive coordinator Josh Heupel feels like a pretty natural fit. The offensive identity should remain similar enough in Orlando, which will be key to keeping the Knights on top in the AAC and the Group of Five pecking order. Frost leaves the UCF in good shape for Heupel to have some quick success. 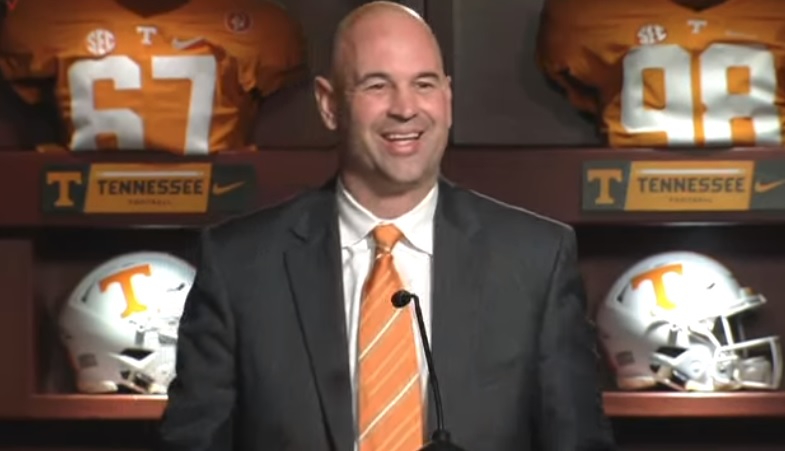 Say what you will about how Tennessee arrived at hiring Alabama defensive coordinator Jeremy Pruitt, but the most important thing is getting the hire right in the end. We’ll see if Pruitt brings the same kind of impact that the last Alabama defensive coordinator hired to be a head coach in the SEC East did (Kirby Smart at Georgia), but going with a coach off the Saban coaching tree is not a terrible way to go.

Some of us are still trying to figure out why FIU made the decision to fire Mario Cristobal in 2012, but he has finally been given another chance to be a head coach. After years working under Saban and just one brief season at Oregon as an assistant under Taggart, Cristobal is ready to leave his print on the Ducks. Cristobal’s debut as Oregon head coach in the Las Vegas Bowl may not have gone well, but we can give Cristobal a mulligan and start fresh in the 2018 season before jumping to any conclusions here.

The Ragin’ Cajuns made a bit of a surprise move with their decision to move on from Mark Hudspeth, but the hiring of Billy Napier was a solid move once they decided to make a change. Napier was a highly-regarded offensive coordinator at Arizona State under Todd Graham, and he wasted no time taking the offer after the Sun Devils hired Herm Edwards to run the program. Napier’s offense should lead to some fun times in Lafayette. 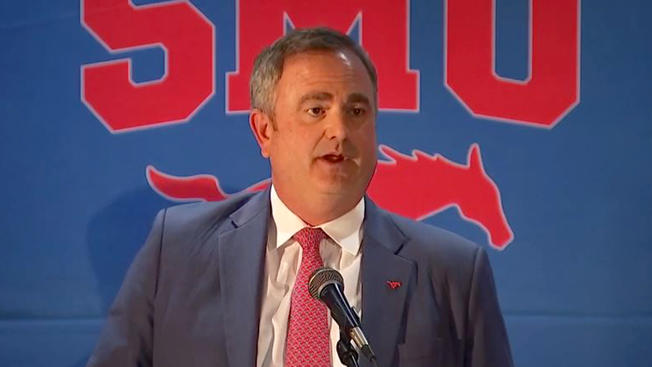 Sure, the decision to coach SMU in the bowl game turned out to be the disaster most people expected to see, but we’ll give Dykes the opportunity for a mulligan here just like we did for Cristobal. Dykes may still have the offense he needs to do some fun things with SMU, but getting the Mustangs to the next level in the AAC will remain a challenge.

It is time for the Chris Petersen coaching tree to blossom. Jonathan Smith has been coaching under Petersen since 2012 and now he gets his chance to call the shots at a program with nowhere to go but up. Wins will take a lot of time and patience will be necessary before thinking about a bowl trip, but Smith’s head coaching debut is coming in a decent spot that could see some immediate changes made.

Coaching at Rice takes a certain type of head coach that understands the challenges of coaching a program with such high academic standards. So hiring a coach away from David Shaw’s Stanford coaching staff seems like a wise move. Stanford offensive line coach Mike Bloomgren should bring some of the Cardinal methods with him, and improving the offensive line play at Rice could have a trickle-down effect on the entire offense. 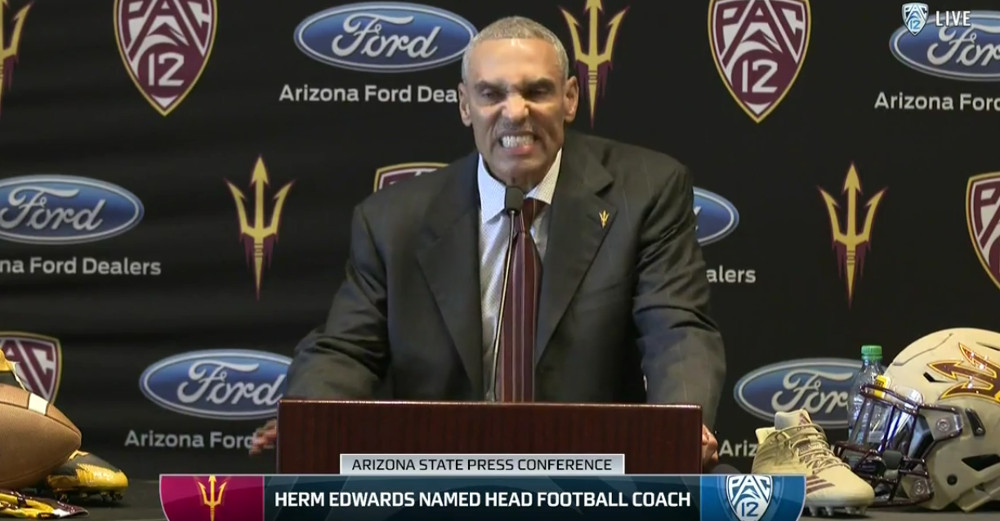 I am taking a very optimistic spin here with the Arizona State hire. There are some serious questions about whether or not Edwards really is the right coach for this job, because running a college team like an NFL front office just doesn’t seem like a realistic plan for building a winner at Arizona State. Hired to try and keep the staff together, Edwards has already lost both of his coordinators. He still has a passion and a fire for coaching, but how long will his message be received by a bunch of kids who were in second and third grade the last time he coached a football team?

Technically, Matt Luke will replace Hugh Freeze, but he does so after one year as the interim coach for Ole Miss after an offseason change in Oxford. Ole Miss was hampered by looming NCAA sanctions, making the idea of finding a new coach from outside nearly impossible. But Luke won the job by beating Mississippi State at the end of the season and this truly is his dream job. If nothing else, he will be a good placeholder to get through the NCAA sanctions before Ole Miss goes looking for a new coach down the line.

Kent State is a difficult job for any coach, but the Golden Flashes are hoping the former Syracuse offensive coordinator brings a little of the magic back to the MAC after working under former MAC coach Dino Babers. Lewis has a lot on his plate in his first head coaching gig, but there is nowhere to go but up at Kent State. 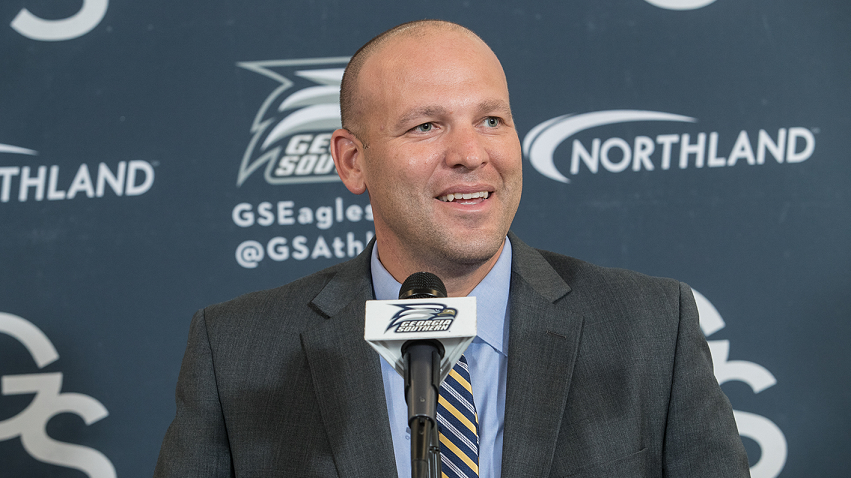 Georgia Southern stayed in house for their next head coach, and Lunsford helped the Eagles end the season with a confidence boost in what was otherwise a lost season. An assistant on the staff since 2013, Lunsford provides for a smooth transition with the program. Whether that leads to improved win totals remains to be seen, but it appears Lunsford has already become a coach the players will play for.

This may actually be a bit low, because Steve Campbell has been one of the top coaches on the rise at the FCS level. The former head coach of Central Arkansas has been making a name for himself and has a couple of national championships to his name from Division 2 and the JUCO level. The Pensacola native is extremely familiar with his new surroundings after coaching as an assistant at programs like Middle Tennessee, Mississippi State and a number of D2 and JUCO programs in the South with much success. Don’t be surprised if that experience leads to some good JUCO transfers coming in to help out South Alabama from time to time.

UTEP is a program that could have benefited from hiring a young coach on the rise that could provide a new spark to the program. Instead, they hired a 55-year old coach off the Bill Snyder coaching tree who was 8-26 in his last head coaching job in 2000-2002. Maybe I’ll be wrong about Dana Dimel at UTEP, but it feels as though the program came up pretty small in this round of the coaching carousel.