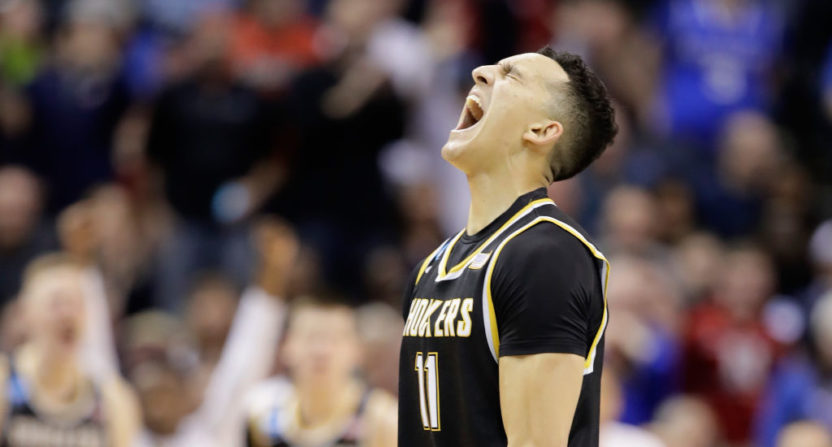 Any college basketball fan’s day gets better when he sees something in bracket form. So even though preseason bracketology matters exactly not at all, it’s fun!

We released our preseason Top 25 last week, so you have a pretty good idea of who you’ll see on the top lines. But now it’s time to take a look at the whole postseason picture entering the start of the year. I used KenPom’s preseason rankings to decide conference autobids (in italics). That’s far from a foolproof method, but it’ll do for our purposes here.

So without further ado, here’s the full field of 68 with some notes and analysis on the bracketing madness below.

—The FBI investigation is of course hanging over the coming season like a giant stormcloud. We’re already seeing teams being extremely cautious by suspending potentially problematic players. The biggest teams to keep an eye on regarding this are Louisville (Brian Bowen), Alabama (Collin Sexton) and Georgia Tech (Tadric Jackson and Josh Okogie).

—Even when Michael Porter Jr. committed to Mizzou in March, I figured the Tigers for a NIT team. But since then, Cuonzo Martin has also gotten commitments from Jeremiah Tilmon and Jontay Porter, Michael’s 6’10” younger brother. Mizzou is young but talented enough to sneak into this year’s field.

—Funky bracketing rules didn’t cause any major changes this time around when turning the 1-68 seed list into an actual bracket, but if you’re interested, the NCAA makes its principles and procedures available here.