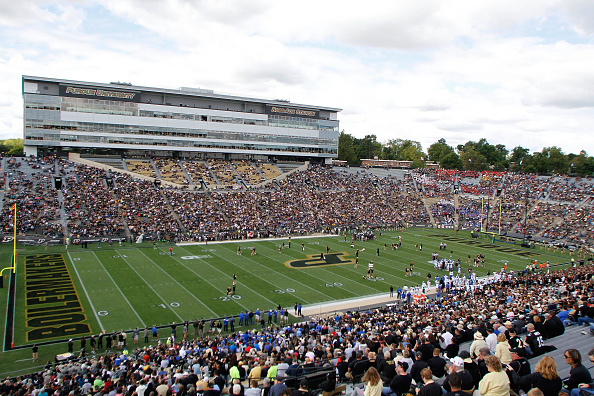 Two female students at Purdue University have accused four players in the school’s football program of sexually assaulting them.

Alexandra Kruczek of KLFI reports a law firm requested the players be expelled from Purdue following the accusations. The sexual assault allegedly took place by four Purdue players in an off-campus house in October. The alleged victims reported the incident immediately to the school. The players are currently suspended, but will not face criminal charges.

“School officials must move quickly to hold these players accountable for their actions and show these victims that their voices are being heard,” Massillamany stated in a release. “Purdue and other schools have an obligation to send a message that this type of activity will not be tolerated.”

The statement rings true for a variety of reasons. Regardless of the guiltiness of Purdue’s accused players, the NCAA and universities need to a way better job ensuring the safety of students from sexual assaults. Otherwise, situations like the one currently unraveling in Baylor happen.

Expulsion would have been a reasonable punishment had charges been files and the players found guilty. As student athletes, players are representing the schools they suit up for. If the actively commit criminal offenses, they don’t belong on the sidelines or in classes. Let’s see if the law firm’s call-to-action yields any results, because lord knows there needs to be some accountability in the system.