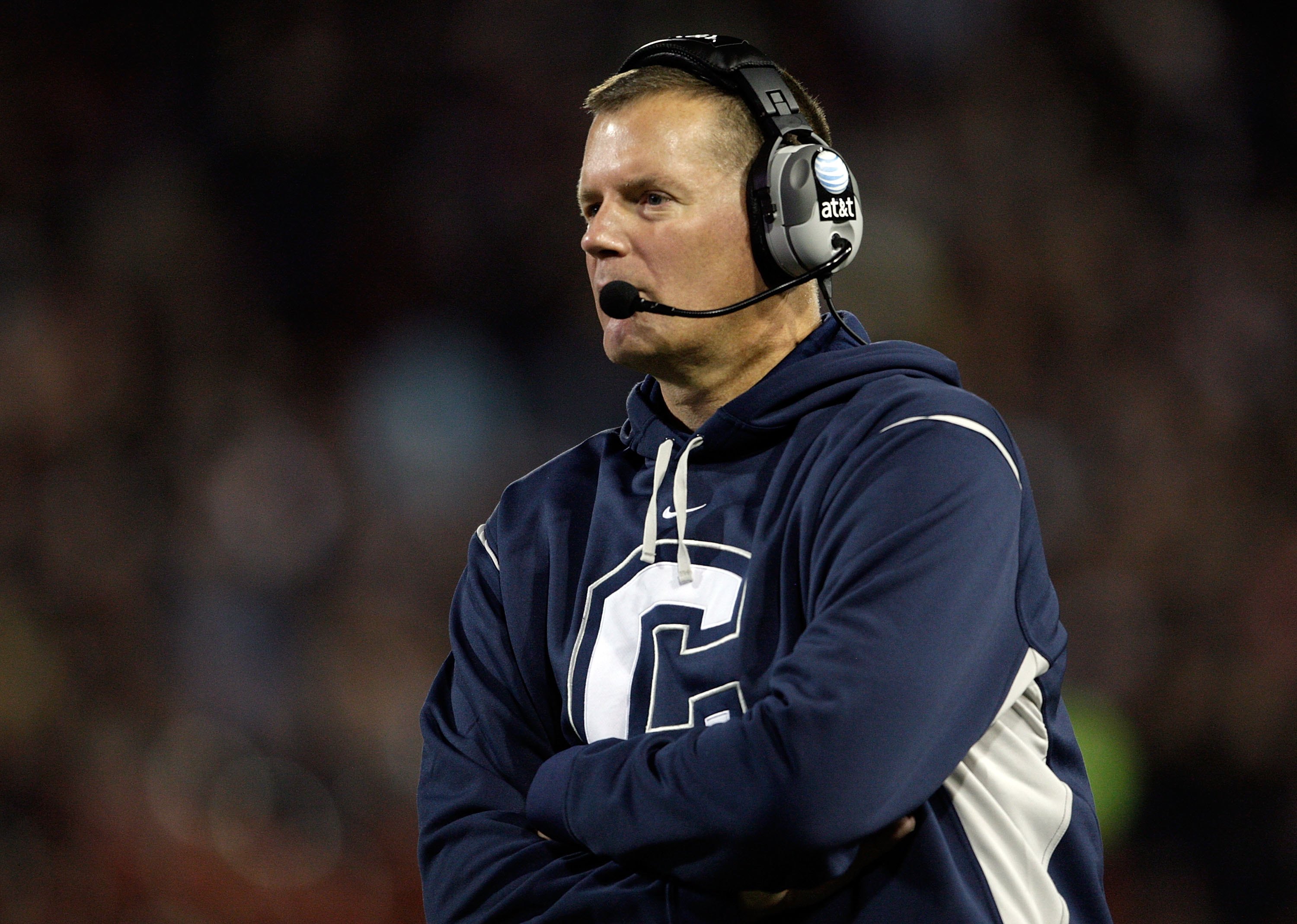 At this point, Randy Edsall and the University of Connecticut is like a couple that breaks up to try and meet new people and realize nobody else can stand either one of them so they get back together.

Randy Edsall is going back to coach UConn.

At that pace, Edsall will be back at Maryland by 2028!

But seriously this situation is just weird. Edsall originally left the Huskies in 2011 for Maryland and now he’s going right back to where this all started. This was all possible after UConn fired Bob Diaco on Monday.

“I can only say that I think that’s correct, he is a strong candidate for that job, and I’m hoping everything works out for him because it’d certainly be great for him,” Detroit Lions Head Coach Jim Caldwell told reporters.

Edsall spent one season as the Lions’ director of football research and special projects, an odd job that was never fully explained by Detroit. Part of the reason why Edsall might have landed the job is Lions general manager Bob Quinn was an equipment assistant at UConn and Edsall helped him get his first NFL job.

During his long first tenure as the Huskies’ Head Coach, Edsall went 74-70, led UConn to five bowls, and helped the program move to the FBS. His 74 wins are the most by one head coach in Connecticut history.

The Huskies’ best season under Edsall was in 2007 when they went 9-4 overall and 5-2 in conference, but lost in the Meineke Car Care Bowl to Wake Forest 24-10. Edsall went 3-2 in bowl games with Connecticut with his last bowl win in the PapaJohns.com Bowl in 2010 over South Carolina.

During his five seasons at Maryland, Edsall went 22-34 and helped the Terrapins transition from the ACC to the BIG 10. Edsall led the Terps to two bowl games in 2013 and 2014, but lost both.

Edsall’s departure from Maryland was a little abrupt. On June 30th, 2015 the Terrapins gave him a 3-year extension, but later fired him on October 11th, 2015.

So when you take all of this into account, one has to wonder why on earth is Edsall leaving a job with the Lions for his old head coaching job with the Huskies? After all, it’s not like Edsall made a major jump from UConn to Maryland when he first left the program.

Maybe its the desire to get back into the college game or maybe there was some sort of clause in his firing from Maryland preventing from taking another college football job last offseason.

The Huskies weren’t great under Diaco going 11-26 overall including 3-9 in 2016, but maybe Edsall’s availability led to Diaco’s firing. If that’s the case, it’s unlikely Connecticut would ever admit to it. However, despite Edsall already bailing on the program once before, you have to wonder if the Diaco firing and Edsall hiring were connected in more ways than the Huskies want to say.