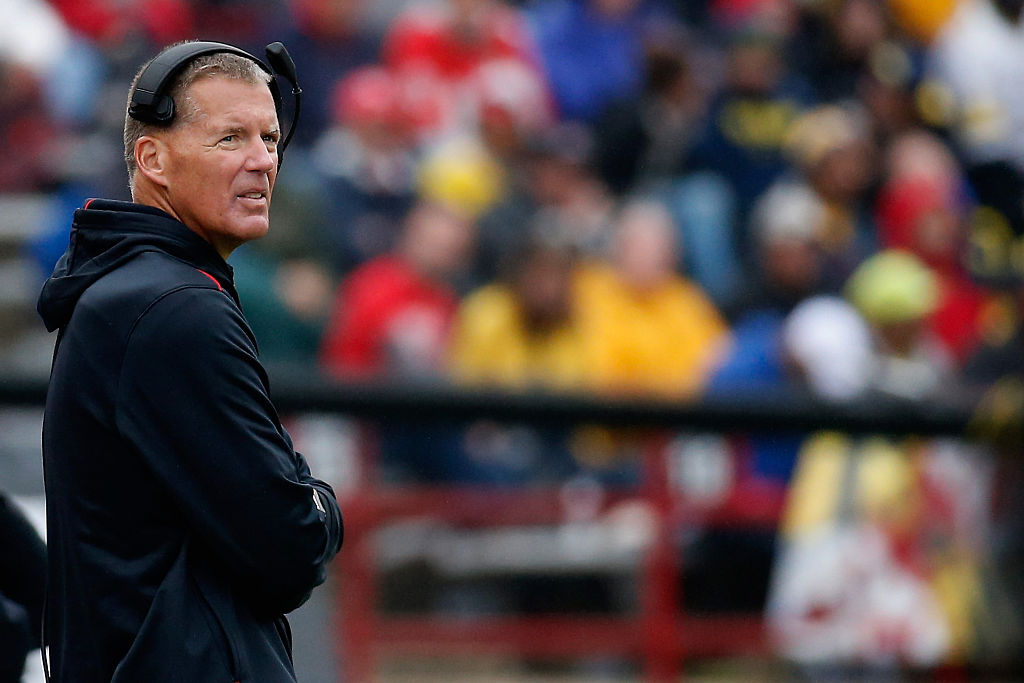 Isn’t it great that Randy Edsall is back where he belongs, coaching the wonderful disaster that is UCONN football? Well he’s already made his mark in a negative way, just three weeks after he was hired for a second stint in Storrs and three weeks away from national signing day, by pulling a scholarship offer from a verbal commit who was with the school for seven months while he was at an award ceremony.

Ryan Dickens is a senior linebacker from Raritan High School who was just awarded with the 2016 Mini Max award, which celebrates excellence on the football field, classroom, and in the community. And while he was still beaming from the ceremony and heading home, he got a call from Randy Edsall when he got the news.

“And the next thing you hear is Ryan’s like, ‘You’re kidding, right?’” Ryan’s mother Patti Dickens said. “And then he put the phone on speaker and Edsall said, ‘No, Ry, we just decided we’re going to go in another direction. We don’t have a spot for you.’”

Dickens was all-in on the Huskies since he had committed seven months ago. He was in a group chat with other commits, picked out his major, and had worn UConn gear to school. But when head coaches change in college football, sometimes recruiting priorities do too. Since Dickens had effectively closed his recruitment since committing seven months ago, he’s now left scrambling to find something with only three weeks left until national signing day on February 1.

This isn’t the first time Mr. Edsall has pulled this shtick. In January of 2013, Edsall, then the coach at Maryland, pulled a scholarship offer from someone he had recruited, Demetri McGill, three weeks before signing day.

The good news for Dickens is that FCS school Rhode Island has offered him a scholarship, but he’ll continue to weigh his options with 15 days to go in the signing period.

You might be thinking that this kind of story is relatively common in college football, especially when head coaching changes are made at the end of a season with little time left in the recruiting period. That is true, but when it’s Randy Edsall, who has pulled this kind of mularkey before and doesn’t seem the least bit phased by it, it’s worth singling out.

While you might be very sad right now Ryan, trust me – you’re way better off not playing for Randy Edsall. Maryland fans have seen this movie before.