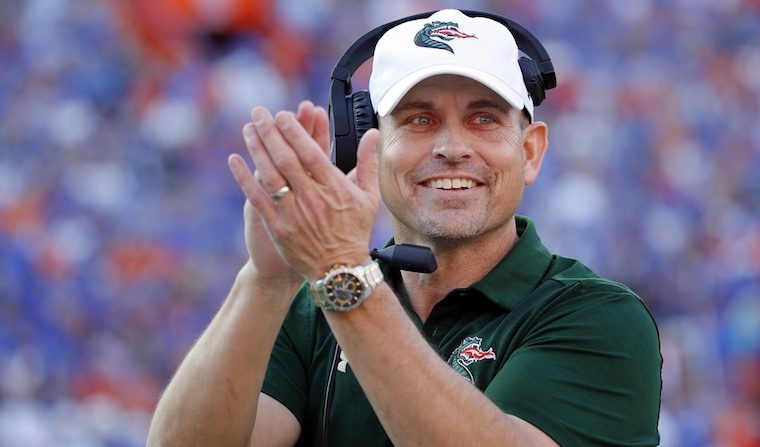 College football’s bowl matchups are set, and now we just have to wait for the games to begin. With a College Football Playoff full of huge brands, those are the easiest storylines to highlight beforehand. But are they the best?

With such a long list of games between random opponents, it’s likely the “best” storylines may not be the “biggest” ones at all. So in the interest of spreading the love a bit beyond the obvious answers around New Year’s Day games, here’s a list of the 10 most entertaining storylines to look out for during this year’s marathon of bowls:

1. Zombie UAB closes in on a nine-win season

Expectations were measured for the UAB Blazers in the program’s first season back from a needless, two-year hiatus. But UAB didn’t just make a bowl game in 2017. They managed an eight-win campaign with a perfect home mark and a program record for Conference USA wins (six). The Blazers were three points away from a trip to the C-USA title game too, falling by that margin to North Texas back in the season’s early days.

Bill Clark has put in one of the country’s best coaching jobs in years, and now they’ll put this turnaround to one final test against a very good Ohio team in the Bahamas Bowl. UAB doesn’t need to win the game to consider this year successful. However, another victory to get to nine wins on the year would be stunning given what the program’s been through.

2. Can Scott Frost close out his UCF tenure on an unbeaten note?

Despite Frost already taking the job at Nebraska, he’ll still lead his 12-0 UCF Knights onto the field in the Peach Bowl vs. Auburn. Nothing changes about his resume, win or lose, and the job’s still a great one for Josh Heupel to be stepping into, even at 12-1. But a win over Auburn would make waves for this program that the 2014 Fiesta Bowl triumph over Baylor simply couldn’t back then. Not only would it be a win over an SEC team, but it would validate the arguments that an unbeaten UCF should’ve at least received some greater consideration from the playoff committee.

Would that spur a reevaluation of how “Group of Five” schools are selected? Unlikely. Though the sport’s first unbeaten season since 2013 (Florida State) would be a pretty impressive accomplishment.

We couldn’t entirely avoid this storyline, despite it being attached to the top-ranked team in the country. Clemson will face Alabama for a third time in three postseasons this January, with a third consecutive spot in the National Championship on the line. It’s quite a feat for Dabo Swinney’s Tigers, considering the team hadn’t won it all in over 30 years before capping the 2016 season with a title.

NMSU is a long-time member of college football’s top division, yet have rarely experienced anything resembling success. That’s been hammered home with recent events forcing them to be an FBS independent for the foreseeable future. It’s also apparent when looking at the program’s bowl-less streak that ends this year.

The Aggies will face Utah State in this year’s Arizona Bowl — the school’s first postseason trip since 1960’s Sun Bowl (coincidentally, also against Utah State). This is no audition for a long-shot Mountain West or Conference USA invite. But the end of the 57-year streak is notable, and its timing couldn’t have been better for New Mexico State, which could use the positive momentum as it stares at a future in the wilderness.

5. How high can Rashaad Penny rise on the single-season rushing list?

The San Diego State senior was the regular season’s best running back, piling up 2,027 yards and 19 touchdowns in just 12 games. His yardage mark is already 24th on the single-season rushing list, but the gap between him and fifth place is “only” 192 yards. Given that he topped that mark six different times this season (including each of the Aztecs’ last four games), there’s a good chance he’ll make it happen against Army in the Military Bowl. Though the Black Knights’ defense allows 154 rushing yards per game.

That Military Bowl could also be one of the most run-heavy bowl games we’ve seen in recent years, too. Both SDSU and Army are among the top 12 rushing teams in the country, both amassing over 252 yards per game on the ground, respectively.

The Hurricanes’ hot start may not have netted out where they wanted, but the ACC runner-up will still find itself in one of the sport’s top bowl games this postseason. Playing at home for the Orange Bowl may not seem all that notable for Miami — and historically, it isn’t. But when you look at how long it’s been since the ‘Canes played in this game (14 years), the return trip is emblematic of the program’s resurgence under Mark Richt.

Miami has made bowl games between then and now, but since joining the ACC for 2004, the old standard of success has been missing. In just two seasons, Richt appears to have brought it back. This could be the first of many Orange Bowl (or better) bids during his tenure at his alma mater. 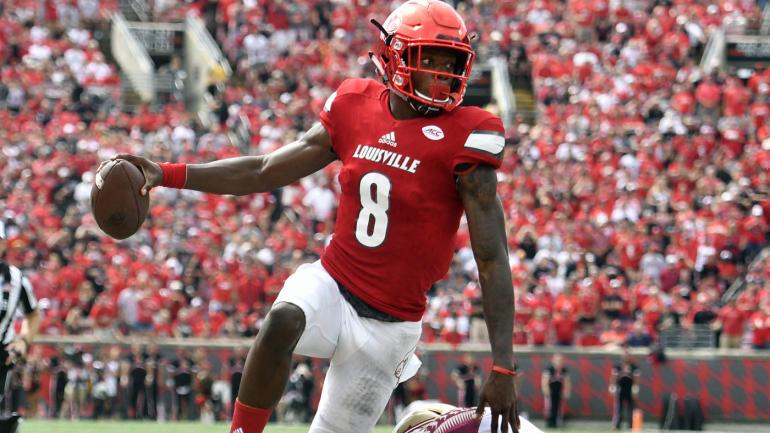 The 2016 Heisman Trophy winner has only played two full seasons at Louisville. And yet, in that time, he’s electrified the sport and made video game numbers seemingly h0-hum. He already has nearly 13,000 total yards on his career, and he’ll likely top the mark against Mississippi State in this year’s TaxSlayer Bowl. There’s potential for him to be as high as 19th on the all-time list when he’s done.

Jackson’s time at Louisville is notable because of the attention he earned for the Cardinals program, seemingly elevating its status shortly after joining the ACC. His teams may not have won the league, but his individual numbers will be popping off the page for years to come.

8. The most unlikely bowl game

Setting aside how surprising it is to see UAB in ANY bowl, a matchup between Purdue and Arizona may have also seemed impossible as recently as September. The Boilermakers were on step one of a rebuild. Rich Rodriguez’s Wildcats appeared to be fading at the end of his tenure as coach in Tucson. And then the switch flipped on for both programs.

Khalil Tate became a weekly highlight reel to lead Arizona’s resurgence, while Purdue started turning close losses into close wins with four games to go. Most notably, the Boilers upset Iowa, a team that not long before that had rampaged over Ohio State.

This game features two fun and unlikely offenses in a place (Santa Clara) where few fans of either school will likely be able to get to. Chaos probability is high.

9. New win records up for grabs

Several programs are inching toward program-best win totals this year, provided they take care of business in the bowl games. Along with aforementioned UCF (13 would set a school record) and UAB (already set a record at eight), the following teams will also be vying for some history of their own:

Many times, a team whose coach departs finds itself out of sorts in the ensuing bowl game. UCF doesn’t have this issue with Frost and co. sticking around. But for other programs, they simply don’t have the same luxury.

Arizona State, Florida State, Mississippi State, Oregon, Texas A&M and UCLA will all be coached by interim staffs, and all could use a victory to end 2017 on a positive note. Or at least set up those interim coaches for more lucrative offseasons as staffs get filled out across the country.