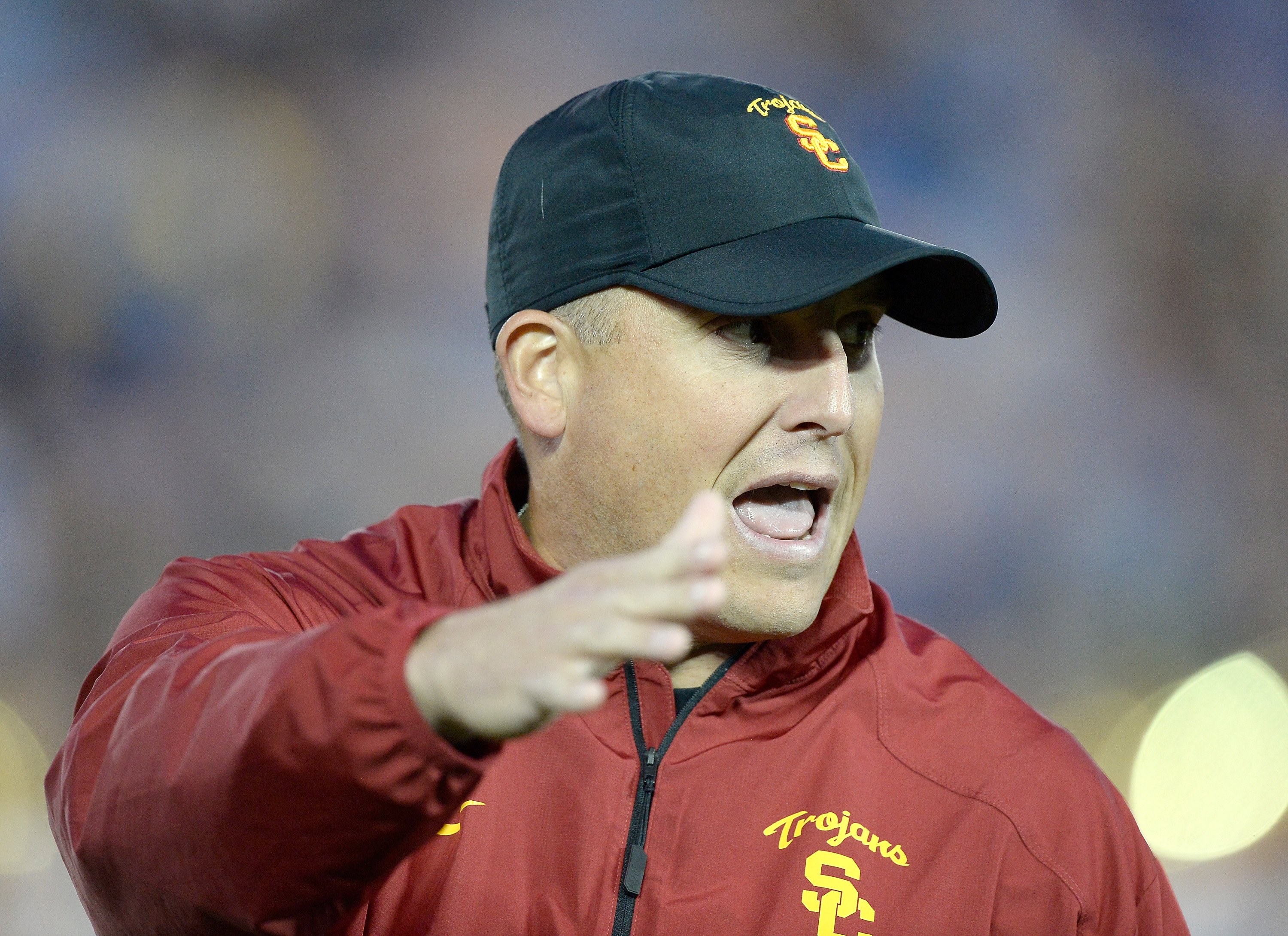 Former USC football head coach Steve Sarkisian could be getting back into the game less than a year after getting the axe at USC. Fox Sports reported on Saturday that Sarkisian will be hired by Alabama and Nick Saban on Tuesday to be a special offensive assistant.

Sarkisian, 42, was fired by the Trojans in the middle of last season after multiple issues arose with the coach’s abuse of alcohol. He eventually filed a wrongful termination lawsuit against the school in response.

Sarkisian was set to spend this year with the Fox Sports broadcast team as a TV analyst.

So far, Alabama has offered no indication as to the truth of this report. The school offered no comment when asked about the situation by ESPN.

Strangely enough, this rumor arose right near the end of the Crimson Tide’s 52-6 demolition of Sarkisian’s former employer Saturday night. Of course, Alabama’s current offensive coordinator is another former USC head coach, Lane Kiffin, who was unceremoniously canned in the middle of a season as well. The Kiffin experience has worked out pretty well for Saban and company so far, so why not add another failed USC coach?

Kiffin and Sarkisian previously worked together as co-offensive coordinators at USC in the mid-2000’s under then head coach Pete Carroll.

Prior to his brief tenure with the Trojans, Sarkisian led the Washington Huskies to a 46-35 record over five seasons.