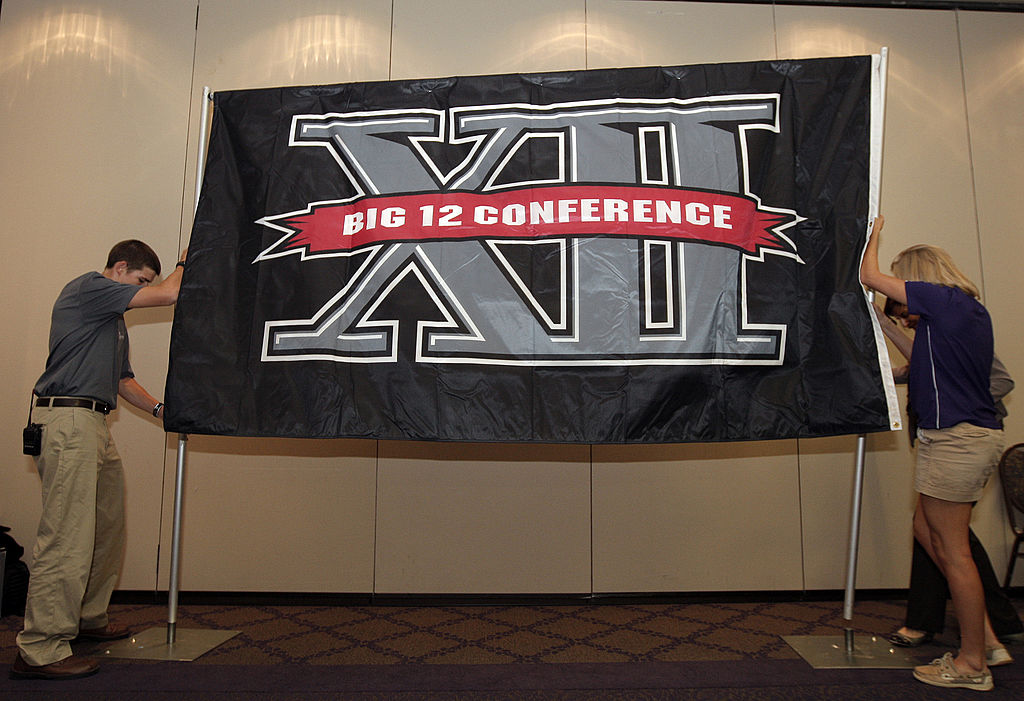 The Big 12 expansion story has been kicking around for a long time now.

Schools such as Houston, BYU, Colorado State, and many, many others.

Heard from a source today that the notion of "football only" members being added to the Big 12 is gaining some traction.

Pete Thamel wrote this piece for Campus Rush today, in which he speculates that Houston and Cincinnati have the best chances to be added:

It has gotten so sideways for the Big 12 that the key tenet driving expansion decisions could be what will yield the least embarrassing press conference. Could Boren get trotted out in front of the media and explain not taking Houston? Likely not. Especially a few weeks after the Cougars pounded the Sooners, sold out NRG Stadium and did a remarkable 12.8 television rating in Houston.

Could Boren defend taking BYU? Probably not after a slew of LGBT groups have spoken out against the school, which has an “honor code” that includes the following provision: “Homosexual behavior is inappropriate and violates the Honor Code. Homosexual behavior includes not only sexual relations between members of the same sex, but all forms of physical intimacy that give expression to homosexual feelings.”

There’s already been a student government vote at Iowa State against the admission of BYU.

The potential of BYU’s candidacy has taken a precipitous dip. (Boren had long been considered a huge backer of BYU, which some speculate may be a reason he has cooled on his expansion stance.)

As for Cincinnati, the school has handled this process calmly and coolly. It is the Big 12’s safety date, and it’s hard to consider a scenario where the Big 12 expands and it doesn’t get invited. (Unless something drastic changes in the tenor of how BYU is viewed.)

Could they be the football-only candidates? Both schools are generally competitive in college football, while a step down from power conference status in other sports. But would they accept the invite as football-only? Probably, right? Though they have a bit of leverage as well, so we’ll have to wait and see.